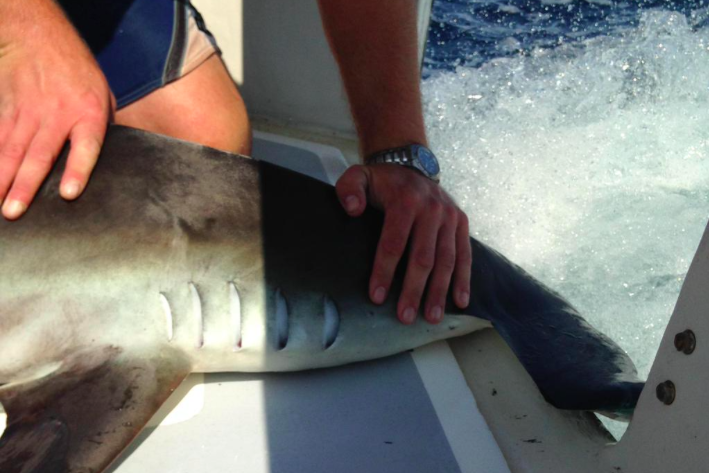 Elias, a 100-pound hammerhead shark, was recently tagged by OCEARCH.

Elias, a 100-pound male hammerhead shark who was recently tagged by OCEARCH, has been exploring the Jersey coast over the past week, making a stop in Belmar Sunday morning and Lavalette Monday.

According to OCEARCH, Dave Grime caught the hammerhead in the Carl Darenberg Memorial Shark’s Eye Tournament in Montauk, N.Y. Dr. Greg Skomal then tagged the shark, noting, “the tagging of the smooth hammerhead is a milestone.”

A tracker placed on the shark's fin records its location when the fin breaks the surface. The tracker then sends out a "ping."

Since he was tagged on July 19, Elias has traveled a total of 439.9 miles, according to the tracker.

On Monday morning, Elias had made his way to Lavalette.

OCEARCH also tracks the whereabouts of Mary Lee, a 3,000-pound great white shark who was spotted along the Jersey Shore in May.