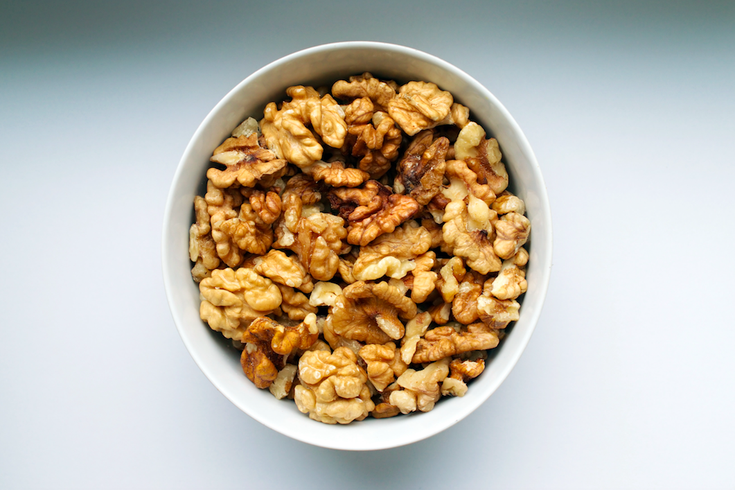 A steady dose of walnuts as part of a healthy diet could have significant benefits for your gut and your heart, according to research out of Penn State University.

Previous research out of Penn State has shown that walnuts have a tendency to curb cravings for unhealthy foods, but the latest study shows the nutritional and cardiovascular benefits walnuts offer for those at risk of heart disease.

“There’s a lot of work being done on gut health and how it affects overall health,” said Penny Kris-Etherton, a professor of nutrition at Penn State. “So, in addition to looking at factors like lipids and lipoproteins, we wanted to look at gut health. We also wanted to see if changes in gut health with walnut consumption were related to improvements in risk factors for heart disease.”

The current study selected 42 overweight and obese participants between 30 and 65 years old. They were placed on an average American diet for two weeks prior to the start of the study.

Once the study began, the participants were randomly assigned to follow one of three diets, each involving a reduction in saturated fat.

All participants followed each of the diets for six weeks, with a small break between each diet period. To examine changes in gut bacteria, scientists collected fecal samples from each participant during the pre-study period and during their trial with each diet.

“The walnut diet enriched a number of gut bacteria that have been associated with health benefits in the past,” said Kristina Petersen, an assistant research professor at Penn State. “One of those is Roseburia, which has been associated with protection of the gut lining. We also saw enrichment in Eubacteria eligens and Butyricicoccus.”

Researchers suggest eating two to three ounces of walnuts a day to improve gut health and reduce the risk of heart disease.

“The findings add to what we know about the health benefits of walnuts, this time moving toward their effects on gut health,” added Kris-Etherton. “The study gives us clues that nuts may change gut health, and now we’re interested in expanding that and looking into how it may affect blood sugar levels.”