Historic Philadelphia, Inc. is throwing the public space a family-friendly birthday bash for its 2006 rededication 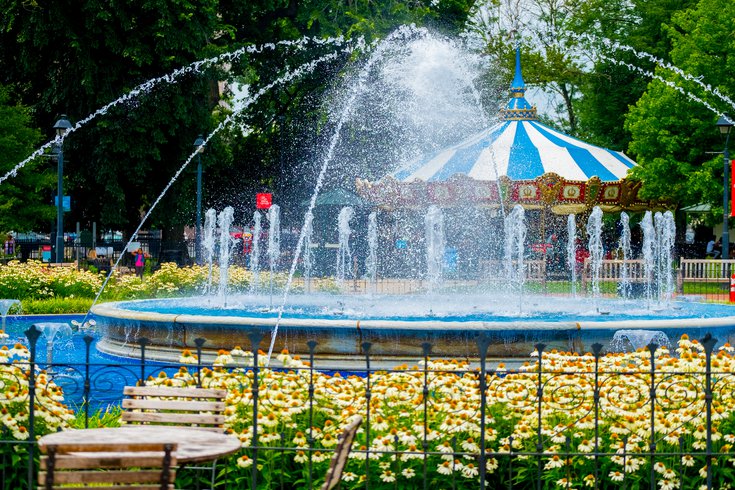 On Sunday, July 31, from 10:30 a.m. to 12:30 p.m., Historic Philadelphia is throwing Franklin Square a "Sweet Sixteen" birthday party, in honor of its 2006 rededication. The free event will feature crafts, treats, carousel rides and the premiere of a new fountain show.

Franklin Square is celebrating a huge milestone, just as many American teenagers do – its "Sweet Sixteen." But, instead of frilly sequined dresses and a sky-high price tag, the historic park is celebrating with free, family-friendly activities.

On Sunday, July 31, from 10:30 a.m. to 12:30 p.m., a Sweet Sixteen birthday party is being thrown for the square by Historic Philadelphia, Inc., the nonprofit that has funded, managed and operated the park for the last 16 years.

The festivities include birthday hats, temporary tattoos, candy giveaways, goodie bag decorating, a scavenger hunt and historic "Once Upon a Nation" storytellers. Plus, the first 100 guests get a free ride on Parx Liberty Carousel.

At 11:30 a.m., there will be a special "Happy Birthday" song for the square, featuring free TastyKakes and "Benjamin Franklin" himself.

To top off the Sweet Sixteen celebration, at noon partygoers will experience the premiere of a new fountain show. The 183-year-old fountain that acts as a centerpiece to the square will light up during a choreographed water spectacular set to the tune of Dua Lipa's hit song "Levitating."

Franklin Square has been around much longer than 16 years, of course. In the late 17th century, William Penn planned the creation of five public parks in central Philly. North East Publick Square was one of them, and was renamed Franklin Square in 1825 in honor of founding father Benjamin Franklin.

The Sweet Sixteen celebration commemorates the rededication of Franklin Square in 2006 by Historic Philadelphia, when new technology and family friendly features were added.

A rededication anniversary isn't the only thing to celebrate in Franklin Square – this summer also saw the return of the highly-anticipated Chinese Lantern Festival, following a hiatus due to the COVID-19 pandemic. That festival runs through Aug. 7.

Franklin Square is open to the public seven days a week, weather permitting, starting at 10 a.m.