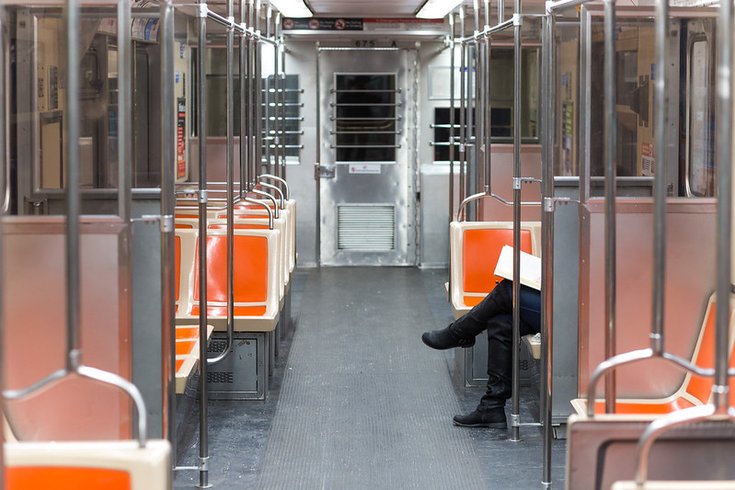 With 27 percent of Philadelphians relying on public transportation, trains and buses can be a hotspot for illness-causing bacteria and viruses. Alarmingly, researchers found that people who had recently used public transit were six times more likely to contract acute respiratory illnesses than those who had not.

As more people forgo cars to circumvent gas prices and maintenance costs and opt for public transportation, the likelihood of being near someone who is coughing, sneezing, and sniffling during your daily commute skyrockets. So, how can people using mass transit keep themselves and those around them healthy?

Let’s start with the basics…

Though this one seems obvious, a 2018 study by the US Department of Agriculture found that out of 182 people, only 33 percent of individuals washed their hands when necessary, and only two percent of those hand washers checked off all the boxes recommended for safe and effective hand washing by the Centers for Disease Control and Prevention (CDC). This means there’s likely room for improvement, even in those people who feel confident in their hand washing abilities. Here are the five steps of hand washing recommended by the CDC:

For instances without easy access to a sink, hand sanitizer is also a viable option. It’s not a replacement for hand washing, but it’s better than doing nothing.

Sometimes, there’s a bright side to someone showing physical signs of illness on public transportation — it visibly indicates the presence of germs and gives the people around them a heads up to steer clear.

It’s not the air expelled during a sneeze that spreads germs, but rather the small droplets that travel with it. These nasal and oral secretions can travel up to six feet, so being near someone who is actively sneezing or coughing can be a fast way to contract a cold, flu, or other illness. The safest bet is to move far away from anyone showing obvious signs of illness, like coughing and sneezing.

If escaping the path of someone’s cough or sneeze isn’t an option, respectfully pivot in the opposite direction, being sure to face away from the trajectory of the cough or sneeze.

While an entirely hands-free commute probably isn’t likely, it’s best to avoid holding on to guard rails and subway poles. Germs survive much longer on these smooth, non-porous surfaces. If possible, opt to take a seat, keeping hands tucked away to avoid touching unnecessary surfaces. This option is more of a best-case scenario, as trains and buses are often packed during peak travel hours, and people with physical disabilities should always have first priority for seating.

There’s only so much people can do to prevent germs since there are literally billions of invisible germs accompanying our daily commute. That’s why implementing every available defense tactic should be a top priority when traveling on public transit. Remember, cold and flu prevention doesn’t just keep us healthy at the individual level — it keeps the community healthy, too.