Humble Parlor Brewing, a microbrewery owned by a Temple alumnus is expanding to Fishtown

Adam Howell a Lehigh Valley native and his business partner Maria Caldarise will be expanding with a new taste room on Jan. 14 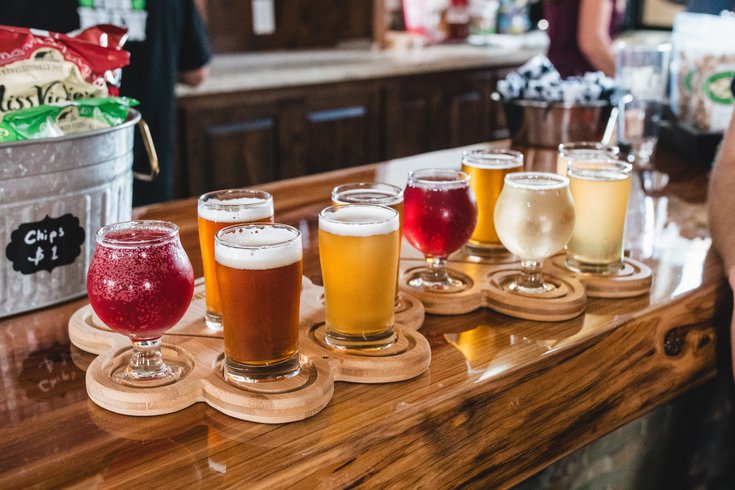 Humble Parlor Brewing Company, a microbrewery founded by Temple Alumnus Alex Howell, is expanding its business into Fishtown. The brewery opened in Kensington last year and will debut its new location at 530 E. Girard Ave. on January 14.

Humble Parlor Brewing Company is expanding with a tasting room in Fishtown this month.

The microbrewery that opened last year in Kensington will open its second location at 530 E. Girard Ave. on Jan. 14 at noon, the business announced on Instagram.

"We have always had expansion in the startup plan, and it still is," founder Alex Howell told Wooderice. "We started with the idea that we would slowly enter the commercial beer industry one small step at a time. Our next goal in the expansion plan is to increase our production capacity. Since many of their regulars have been Fishtown residents, the move just made sense."

The new location will include 12 taps with beer options and ciders at all times. The beers will be a mix of IPAs, stouts, porters, sours, and lagers, as well as some seasonal selections. A beer garden will also be in the back, slated to open during the spring. In addition, Howell said there would be food options, but the logistics with local vendors and partnerships with local restaurants are still in the works.

Seating will be limited, with 20 patrons allowed inside and as many as 26 people outside once the beer garden is up and running. Although with the announcement of the new location, the original Kensignton location is no longer open to the public, it will now be used for private events and brewing.

Howell graduated from Temple University in 2016 with a degree in accounting and is a certified public accountant; however, microbrewing is a passion for the Lehigh Valley Native.

In 2021, he told Philadelphia Business Journal he was tired of working 70-hour work weeks and wanted to turn his hobby into a money maker.

After years of formulating a business plan and a $50,000 investment into his passion project, Howell was able to get Humble Parlor off the ground. On Feb. 12, 2022, the microbrewery opened its doors with a 600-square-foot 15-person capacity unit and a secret code for entry.

"I want to be a part of the craft brewing industry that's pushing the boundaries of beer flavor and what it's supposed to taste like," Howell told Biz Journal. "And hopefully help it move forward into new areas."

He has done that in less than a year and is now expanding.