How La Colombe, W/N W/N and CineMug are carving their niche in caffeine world 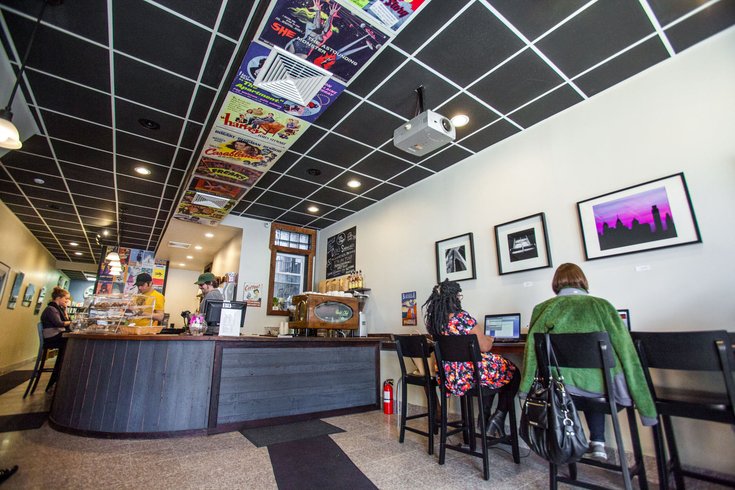 CineMug at Broad and Tasker

There's no shortage of coffee shops in Philadelphia. But a slew of new cafes offer something extra.

Plans for a board game cafe are in the works, and even for the tried-and-true coffee brands, something different is in order: an extra element of fun to supplement the caffeine high of a morning cup of joe. We take a look at three cafes that are doing it differently: a little something less, and a little something more.

Sometimes less really is more. And sometimes, community grows around restriction – a space for public discourse emerges when people are forced into it. La Colombe, the classic coffee purveyor in Philly, does not offer WIFI. Why? To protect the “third space” sanctity of a location outside of work or home, Kathryn O’Connor, Director of Brand Merchandising and Marketing for La Colombe Coffee Roasters, told PhillyVoice.com:
“Our thing was, we didn’t want to make a third space be an office space, like an extension of your office. We wanted it to be more of a social space to build community and … have people be able to gather and talk and catch up and not be stuck in front of their computers.” 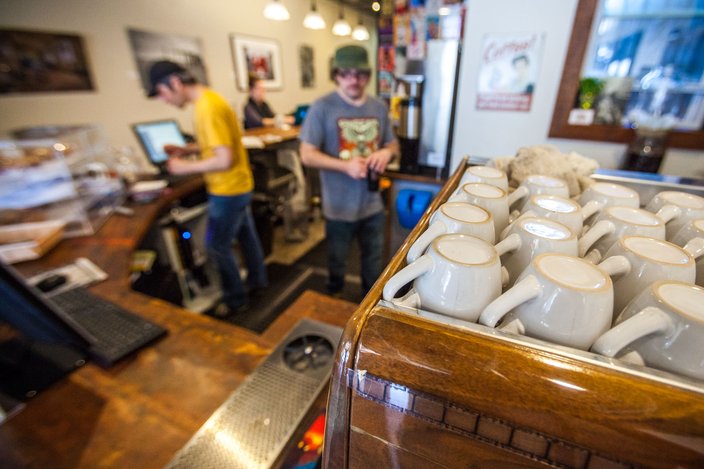 CineMug serves ReAnimator coffee in their cafe. Thom Carroll / PhillyVoice
It might sound old-fashioned, but make no mistake: the coffee king does not want to be thought of as outdated. La Colombe considers itself as part of the third wave of artisanal craft coffee, and O’Connor points to their Workshop line of single-origin blends as proof.
“We do have an element of third-wave, and I would definitely say we’re among the third-wave brands,” O’Connor said.
But why mess with a good thing? La Colombe looks to expand its presence nationwide, even adding a location at 6th and Market streets scheduled to open in May or June. The idea is to bring community here to cities across the country. Replicating a model of deliberate human interaction might just be a risk worth taking.

The cooperatively run coffee-and-adult-beverage-bar makes drinking a political act. Rather than cater to coffee connoisseurs or beer drinkers, as the hybrid nature of the shop implies, their aim is to serve as a community space.
W/N W/N, which stands for Waste Not, Want Not, opened with an unconventional model for crowd-funding that returned donors' contributions in the form of a discounted bill until the original amount was paid back. From its progressive funding roots, it has evolved into a primarily P.M. event and music space, says Tony Montagnaro, one of five "worker-owners." 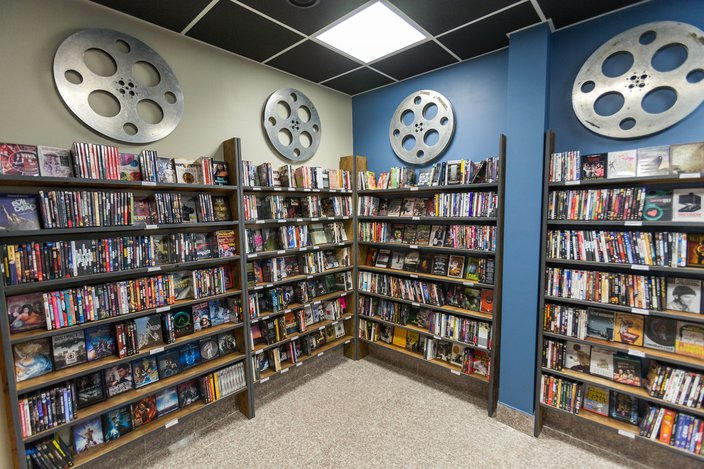 The collection at CineMug includes titles from now-defunct TLA Video. Thom Carroll / PhillyVoice
In the name of community, coffee, which Montagnaro calls a politicized issue, takes second place.
"I think there’s been this pressure on coffee shops to do something else [besides offering coffee] because coffee is problematic … just in terms of where the beans come from and how they’re grown and who grew them," Montagnaro told PhillyVoice.com.
With beans sourced from Center City staple Elixr coffee roasters, it seems that W/N W/N is nourishing an independent streak within a community of more traditional cafes.

“Coffee shops, if you serve good coffee and you’re friendly, they do well,” Dan Creskoff told PhillyVoice.com. “That’s a given. Or they can do well, at least. But video rental stores in this day and age? Who knows.”
Opening a video store after the closing of the TLA Video chain in 2011 was risky business. But Creskoff, who owns CineMug café on Broad and Tasker, thought it was worthwhile. He was encouraged by customers of the old video store where he was a manager for years stopping him on the street bemoaning the loss of an icon.
Today, the hybrid coffee-rental store addresses that need. And it does so with style, bringing people together around a common taste for quality. 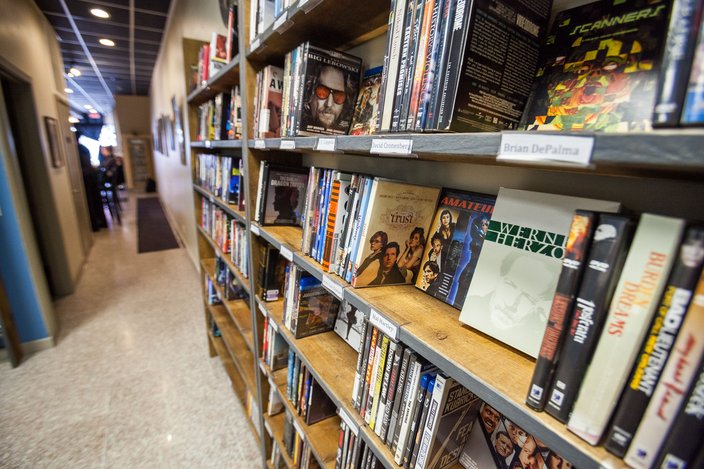 The curated DVD collection at CineMug. Thom Carroll / PhillyVoice
CineMug serves ReAnimator coffee in its café area, Creskoff’s favorite brand of craft coffee. He sees an overlap between lovers of good film (his back-of-the-store selection offers movies by genre, including cult and horror, alongside a wall divided by directors, with a couple of local films slipped in) and good everything, particularly a fruit-and-coconut-flavored cup of joe.
“[People who are into good coffee] want to search out the best of things. So I think it crosses over … and I prefer to offer people the best that I can find,” Creskoff said.
While the best of Philly’s favorite video store was salvaged — the owner bought 400 DVDs from TLA with his new project in mind — it had to be transformed into a modern sustainable meeting place for locals.
Creskoff opened his brick-and-mortar in January with the intention of bringing people together within Philly’s film community, which he calls “splintered,” and within the community at large. And it worked. Last month, an in-store screening of four shorts by local filmmakers packed 40 people in the standing-room-only room.
CineMug gives its patrons a chance to mingle over shared interest in the arts – be it the art of craft coffee or the art of the cinema.
It’s as though they were hungry for something they didn’t know could exist: a hangout for savvy geeks and exploratory grounds for untested visionaries. Either way, it seems that people are rising to the opportunity to banter across the bar.