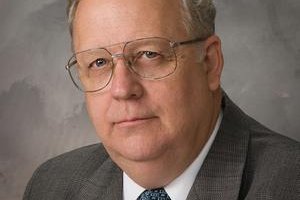 Jim Foster announced he is running as an Independent for mayor.

Now there are three.

Newspaper publisher Jim Foster announced that he will run as an Independent candidate to be Philadelphia's mayor, Newsworks reported Thursday.

His first obstacle will be getting enough nominating petitions by Aug. 3, which will allow him to appear on the November ballot alongside Democrat Jim Kenney and Republican Melissa Murray Bailey.

“It's time that voters were offered an alternative to a coronation,” according to a quote from Foster in Newsworks.

Kenney is widely presumed to be the next mayor of Philadelphia. Democrats greatly outnumber Republicans, which often causes the Democratic primary to be the most competitive portion of the campaign.

You can read more about Foster's announcement here.