According to an anonymous tipster, the Main Line puncher was totally caught on candid camera again 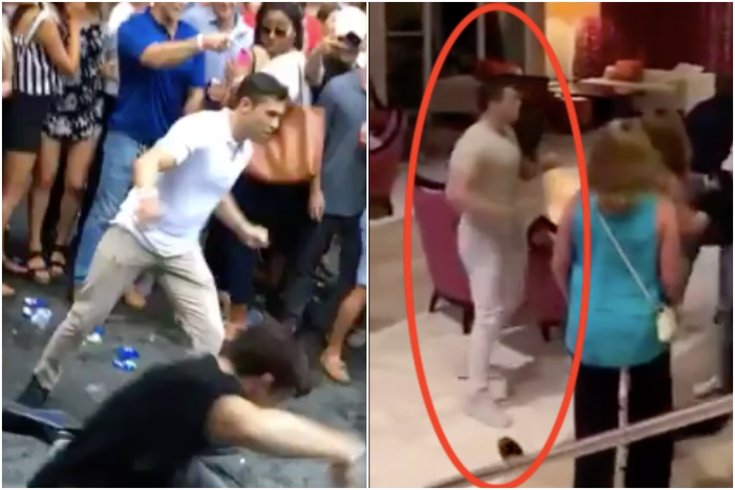 Did you catch that viral video of American tourists brawling in the lobby of a Ritz Carlton hotel in Aruba on Christmas Eve?

If not, you can delve deeper into this important incident here, here or in the compare-and-contrast videos embedded lower in this post.

In it, you’ll see both men and women trading shoves, kicks and harsh words. You will also see a 20-something man come out of nowhere and appear to sucker punch an age-appropriate foe at the eight-second mark before shoving a woman out of his way and going back in for more. (World Star!)

At several points in the 51-second clip, a woman is heard yelling, “What is going on?” Her dialect is distinctly Philadelphia-region.

Because of that – and supplemented by a photo I found on Facebook of a local family in Palm Beach, Aruba at the time of the Christmas Eve melee – I’m inclined to believe a story that an anonymous tipster shared with me this week.

Specifically, the tipster offered the name of the Bryn Mawr family believed to have been involved in the incident. Unable to help verify this information was the swank hotel itself, which wasn’t about to drop a dime about the identities of its patrons.

“The safety and security of our guests and employees is always a top priority. We have security plans and procedures in place, and we work closely with the appropriate authorities on an ongoing basis,” said Yahira Santoni, communications director for the Ritz-Carlton Aruba. “Because this is a police matter, it would be inappropriate to comment further.”

Calls and emails to members of the family seeking confirmation went unreturned this week, so I will not publicly share their names here. Moreover, Aruban authorities did not immediately answer questions as to whether anybody was locked up there, either.

But it’s obvious that members of the family named in a Facebook post on Christmas Day by an Italian restaurant in Aruba – "what a nice & pleasant family" –  and those in the Ritz Carlton brawl are one in the same.

Y’all ready for the localized twist? Per the tipster, the brawler who landed that sucker punch in the Caribbean was also allegedly captured on film in the infamous Center City Sips Brawl of 2017 (sporting a white shirt, tan pants and wild aim). 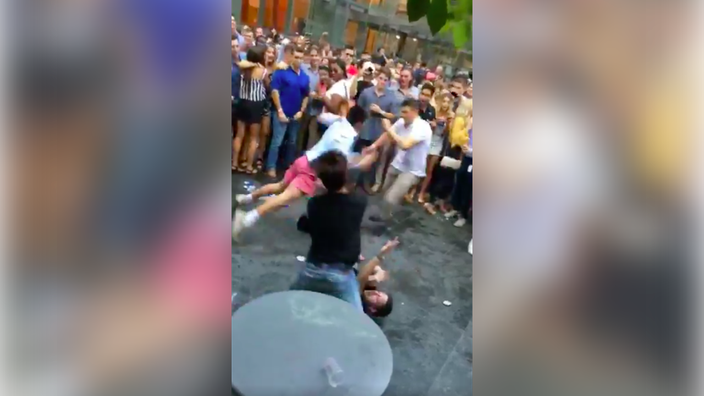 As nobody was charged in connection with the Sips brawl, there is no way to confirm the participants’ names to those involved in the Aruba scrap. But you’re darn-tooting right that this information prompted me to do a “back and to the left” investigation.

The results? Yeah, the Ritz-Carlton Sucker Puncher could very well be the same guy who brawled with the man in salmon shorts outside the Comcast Center. Take a look for yourself and see what you think.