Worsening jaw pain could be another side effect of menopause

A new study found TMD-related pain primarily is associated with late menopause. But past research has linked it to premenopause 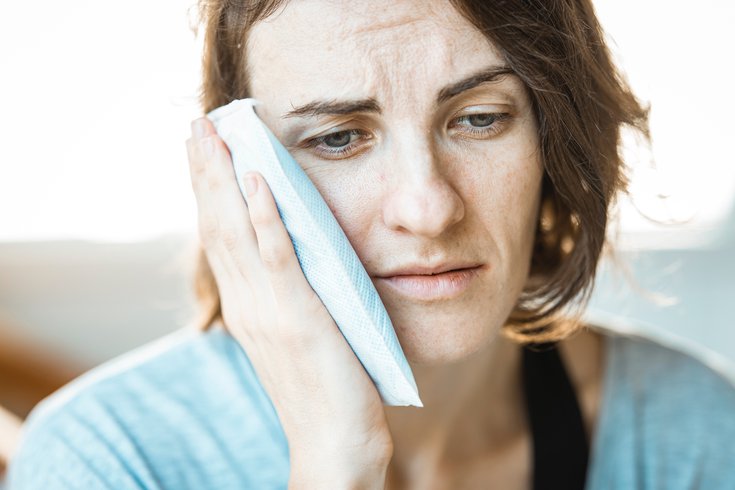 The lower levels of estrogen that occur during menopause may intensify the jaw pain of women with TMD disorders, researchers say.

Temporomandibular disorders — which cause pain in the jaw joint and muscles — may be exacerbated during menopause, a new study suggests.

Estrogen loss is one of the key features of menopause. The low levels of the hormone may be intensifying the jaw pain of women with a TMD disorder, the researchers said.

TMD is a problem with the hinge that connects the jaw to the temporal bones of the skull. It affects a person's ability to eat and talk.

Previous studies have demonstrated sex differences and sex hormonal effects in orofacial pain, including jaw pain. Women report TMD pain almost three times more than men, and are more likely than men to develop the disorder in the first place. A 2018 study showed that TMD was more common and severe in premenopausal versus postmenopausal women.

The researchers of the latest study, published in Menopause, say the connection between hormonal levels and TMD joint pain is not surprising, considering there are estrogen and progesterone receptors in the temporomandibular joint discs.

But they found TMD-related pain and menopause symptoms primarily are associated with late menopause – not premenopause, conflicting the results of earlier research.

The researchers also found the jaw pain tends to ease as women enter late post-menopause and that education levels and ethnicity may influence TMD symptoms during early post-menopause.

The researchers said their findings suggest women should be evaluated for a jaw disorder as they approach menopause.

"This study reinforces the known relationship between sex steroids, specifically estrogen, and the experience of pain," said North American Society medical director Dr. Stephanie Faubion. "More study is needed to identify factors, such as low education, that influence these associations as well as strategies to mitigate bothersome TMD and menopause symptoms in midlife women."

Most women experience menopause — when a woman no longer has menstrual periods — between ages 40-58, with the average age being 51. Many of the physical changes, including fluctuating hormone levels can start two to eight years before a woman has her last menstrual period.

This is called perimenopause. A woman may have irregular periods that are lighter or heavier than usual and of varying durations. She may even have months where she doesn't experience menstrual bleeding at all.

Rarer symptoms include brain fog, joint pain, dry mouth and dental problems, breast tenderness, fatigue and insomnia, experts say. The theory behind many of these more surprising symptoms is that many organs have estrogen-receptors and are therefore affected when hormone levels decrease.