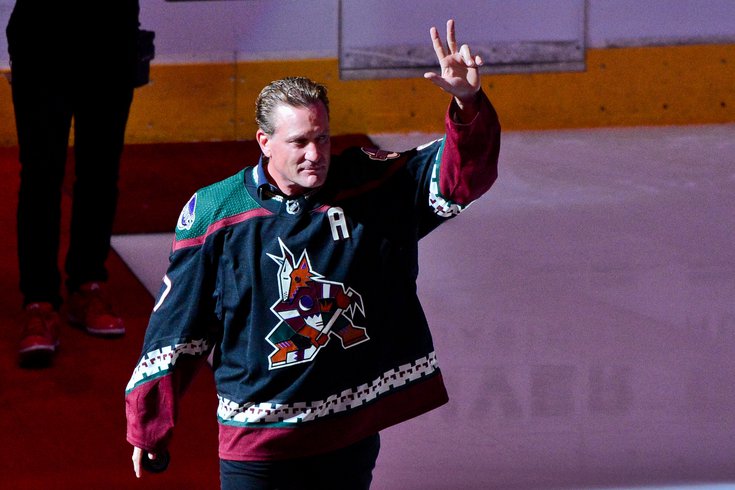 Former NHL star and broadcaster Jeremy Roenick is suing NBC Sports for wrongful termination after being fired back in February for making sexually inappropriate comments.

The lawsuit, which was filed on Friday in New York Supreme Court, claims that the network discriminated against Roenick as a straight man, according to Variety. NBC Sports violated state law against discrimination based upon gender and sexual orientation when it let Roenick go, the complaint says.

The lawsuit also accuses NBC Sports of breaching Roenick’s contract by firing him without cause and failing to provide the 50-year-old Roenick with an opportunity to make things right.

Roenick also claims that the network let him go as a retaliation for his support of President Donald Trump. The nine-time NHL All-Star said that he asked for permission to speak at the 2016 Republican National Convention, but his supervisors advised him not to and made derogatory remarks about Trump to Roenick.

Roenick joined NBC Sports as a hockey analyst for the network’s NHL coverage in 2010 after a 21-year professional career from 1988-2009. That included a stint with the Philadelphia Flyers from 2001-2005.

During an appearance last December on the Barstool Sports podcast “Spittin’ Chiclets,” Roenick made some controversial remarks about co-hosts Kathryn Tappen and Patrick Sharp.

Roenick discussed a trip to Portugal that he took with his wife and Tappen and being approached poolside by a woman who asked about the nature of the trio's relationship.

"I play it off like, you know, we're going to bed together every night, the three of us," Roenick said at the time. "Now, if it really came to fruition that would really be good, but it's never going to happen."

About Sharp, Roenick called him "beautiful," adding that he would have to think twice if he had an opportunity to sleep with him.

Roenick was initially suspended by NBC Sports in response to his remarks, but he was officially fired in February.

He issued a public apology in January, but later expressed anger and disappointment when the network cut him loose in February.

"I'm very disappointed and angry today that I will not be returning to NBC," Roenick said. "And though disappointed, I am also grateful that I've had the opportunity to share my love, my passion, my knowledge of the game with millions of people, millions of fans, and for that, I thank you. Even though I am leaving NBC I will not be gone for long."

In the wake of his firing, Roenick received public praise from Trump at a campaign rally.