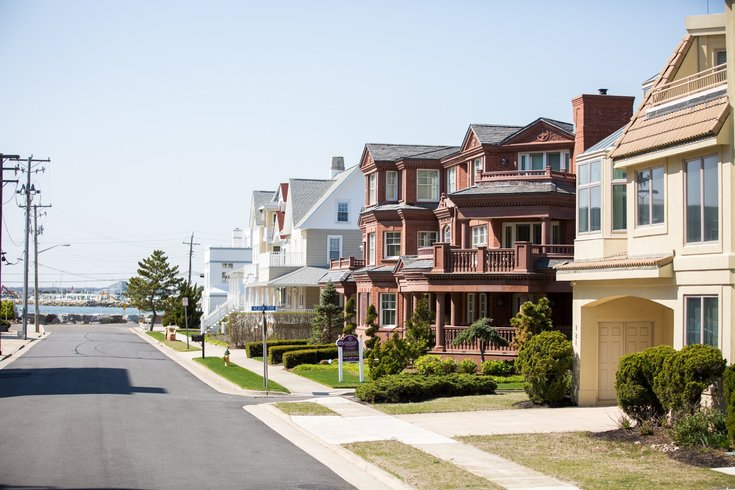 Houses line a street in Longport, New Jersey. In neighboring Margate, just 52.7% of property is owned by New Jersey residents.

New Jersey's sandy beaches have become so popular with summer revelers that property along the Garden State's coastline is increasingly owned by people who don't even live in the state.

More than 37% of properties across 42 different New Jersey shore towns are owned by residents of states other than New Jersey, according to a new analysis Tuesday from NJ.com.

The trend is most pervasive in South Jersey, where the analysis found a number towns have real estate that is majority-owned by out-of-state residents. Avalon (27.5%) and Stone Harbor (29.6%), for instance, have less than 30% ownership from New Jersey residents, two of the most extreme examples among the 42 towns examined.

All totaled, there are 10 Jersey Shore towns in NJ.com's analysis where New Jersey residents are in the minority among homeowners when compared to all out-of-state property owners.

Unsurprisingly, residents of Pennsylvania, Delaware, and New York are among the most frequent owners of shore town property, according to NJ.com.

The analysis notes that residents from 32 different states own property down at Cape May point, a borough with just 276 year-round residents and a median age of 68 years old.

Of course, recent studies centered around climate change's effect on coastal properties might explain why New Jersey residents are wary of investing in their own state's seaside properties. An analysis from last August found that New Jersey has lost $4.5 billion in combined property value since 2005 because of sea level flooding.

NJ.com examined state property tax data from 1989 to 2017 to conduct its analysis, using residential properties in the 42 coastal New Jersey towns with little, or no, inland population.