JJ Redick says Sixers 'f***** up not bringing me back'

In appearance on 'All The Smoke' podcast, Redick discusses Philly's dilemma 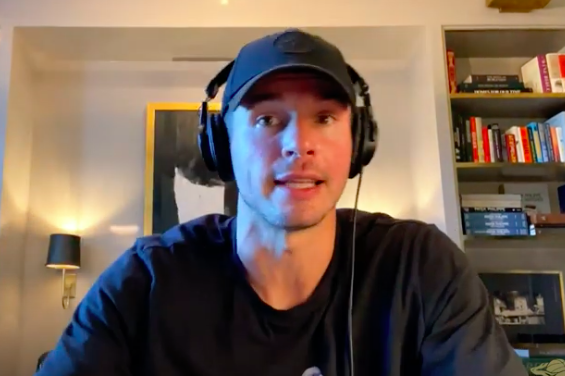 Now with the New Orleans Pelicans, JJ Redick believes the Philadelphia 76ers made a mistake by not re-signing him last offseason.

The Philadelphia 76ers turned a new leaf on Thursday with the hiring of former L.A. Clippers coach Doc Rivers, an established leader with an NBA title on his resume.

It's an encouraging shift in direction, but most fans are still zeroed in on the team making front office changes around Elton Brand. After a slew of draft misses, free agent miscalculations and cultural red flags that date to the dysfunction of the Bryan Colangelo era, confidence remains iffy that this regime can reopen the window many believe was squandered.

And it's not just the fans who hold this view. Former Sixer JJ Redick, fresh off his first season with the New Orleans Pelicans, had harsh words for the team's front office during an appearance on Stephen Jackson and Matt Barnes' "All The Smoke" podcast (Sixers talk starts around the 56:50 mark).

"I agree," Barnes said. "I completely agree. I agree 1000% and that's what people don't get. You're not a star, but you're a glue, consistent guy that knocks down shots and you need that, especially with [Joel Embiid and Ben Simmons]."

Redick, of course, signed a two-year, $26 million deal with the Pelicans last offseason as the Sixers dealt Jimmy Butler to the Heat for Josh Richardson, gave Tobias Harris a max contract and overpaid for Al Horford. None of that went over as hoped or expected by the front office, even if calling the Sixers' injury-plagued playoff exit a disaster is a statement relative to the team's Finals aspirations.

The bigger issue is that the pieces didn't fit, both for seemingly obvious basketball reasons (to a fan's eye) and a lack of playing chemistry, which the front office brings on itself. Redick bemoaned the death of continuity in the NBA, but especially in Philadelphia.

"I've said this before, but the one consistent in Philly has been personnel in and out," Redick said. "Like, you just have a ton of players that come through there. And so I think — Joel talked about this on my podcast — for him, he's played with like, I don't even f****** know at this point, hundreds of teammates. It's just a rotating cast of teammates, you know?"

That makes it all the more painful when players who fit in specific roles — in Redick's case, shooting and veteran leadership — are allowed to walk for $26 million while the team forks over a $97 million, four-year deal to Horford, another veteran jammed atop the depth chart who came to the locker room from a fierce rival.

It doesn't help that Redick went on to shoot his career second-best three-point percentage (.453) over the course of the shortened NBA season. (Granted, the Pelicans missed the playoffs and Redick's 13-year postseason streak was snapped).

The point is, players aren't blind to what's happened in Philly and how it has favored nominal exchanges of talent over cumulative, schematic growth as a basketball team. The transforming roster was a lot for Brett Brown to manage in a condensed period, even if that doesn't absolve his culpability.

Embiid, Simmons and Harris may have their warts — that's where you hope to see Rivers sculpt their attitudes and games — but for the money the team pays those three players, they need certain roles cast around them that will complement them into the future.

Redick said he keeps in pretty regular contact with Embiid and Simmons. As teammates, he praised their intelligence and competitiveness.

You can't help but think that if Redick feels confident saying the Sixers "f***** up" by getting rid of him, there's a pretty decent chance Embiid and Simmons may agree with that sentiment. What else would they agree with — and disagree with — about what's gone wrong? Probably Jimmy Butler, but that ship has sailed to the NBA Finals.

The Redick podcast was recorded before the Sixers announced their hiring of Doc Rivers, so Redick will likely have more to say about that on his own podcast. He seemed to think that a new approach may be a catalyst for Simmons and Embiid to buy in to being the team's undisputed leaders together.

"Those are two young guys, they're both All-NBA players," Redick said. "I would love to see [the Sixers] figure out a way to bring in a coach that can get the best out of them and surround them with great personnel."