Philly hosted the first Fourth of July celebration — with fireworks, of course

The joyous 1777 anniversary was marked by streamers, bell ringing and toasts to independence 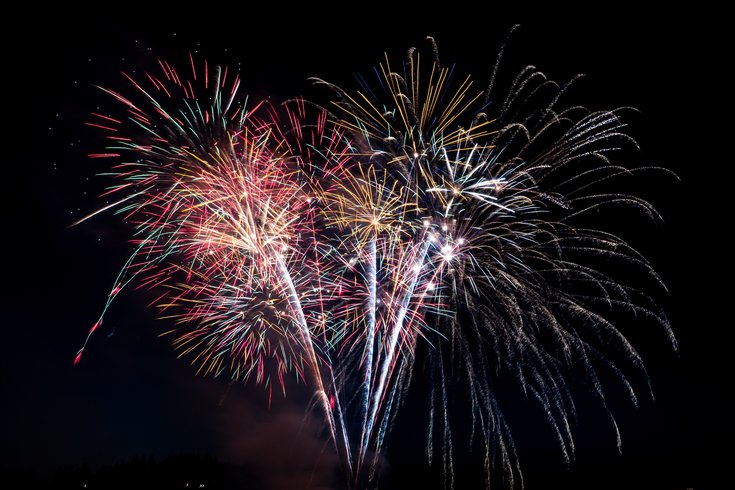 In a July 3, 1776 letter to his wife, future President John Adams wrote that Independence Day anniversaries would be marked by 'Pomp and Parade, with Shews, Games, Sports, Guns, Bells, Bonfires and Illuminations.'

Thousands of Americans will crowd onto the Benjamin Franklin Parkway to watch fireworks explode over the Philadelphia sky in honor of the Fourth of July. Similar festivities will play out across the country.

The tradition is almost as old the United States itself. And it began in Philadelphia.

The first Independence Day celebration took place on July 4, 1777 — one year after the Declaration of Independence was adopted by the Continental Congress.

On the eve of the historic document's adoption, John Adams wrote a letter to his wife, Abigail, that suggested future anniversaries of the nation's birth would be celebrated with fireworks. Adams wrote:

"I am apt to believe that it will be celebrated, by succeeding Generations, as the great anniversary Festival. It ought to be commemorated, as the Day of Deliverance by solemn Acts of Devotion to God Almighty. It ought to be solemnized with Pomp and Parade, with Shews, Games, Sports, Guns, Bells, Bonfires and Illuminations from one End of this Continent to the other from this Time forward forever more."

Adams actually thought July 2 would serve as the nation's "most memorable Epocha." That's the date that delegates from 12 colonies voted in favor of independence. The future president missed on that prediction, but he nailed every aspect of the fanfare.

One year later, Philadelphia celebrated with "joy and festivity," according to the Pennsylvania Evening Post, which was the first newspaper to print the Declaration of Independence.

The festivities began at noon, when armed ships in the Delaware River lined up before the city, "dressed in the gayest manner, with the colours of the United States and streamers displayed." At 1 p.m., they began a 13-gun salute to honor the 13 colonies.

The afternoon included a dinner for Congress and other dignitaries. A Hessian band played music. A group of British deserters fired a feux de joie. And numerous toasts were made to independence and those who had died fighting for it.

The celebrations were capped, naturally, with fireworks. According to the Evening Post:

"The evening was closed with the ringing of bells, and at night there was a grand exhibition of fireworks (which began and concluded with thirteen rockets) on the Commons, and the city was beautifully illuminated. Everything was conducted with the greatest order and decorum, and the face of joy and gladness was universal."

In the years that followed, towns across the country began marking Independence Day with parades, speeches, picnics, games and military demonstrations, according to PBS. The observations particularly became common at the end of the War of 1812, when a patriotic spirit gripped the nation.

The fireworks at the first Fourth of July celebration would not have been the elaborate, aerial displays people observe today. Though there were some rockets, they were crude. The centerpieces were raised platforms covered with fireworks depicting patriotic images.

Italians first developed colorful fireworks in the 1830s by combining metals with explosives, according to National Geographic. Family businesses participated in competitions in which they each blasted a single firework into the sky. The blasts were judged on their design, sound, size and color.

Aerial fireworks eventually made their way to the United States in the late 1800s. Two of the family businesses — Fireworks by Grucci and Zambelli Fireworks — are among the oldest and largest firework companies in the U.S.