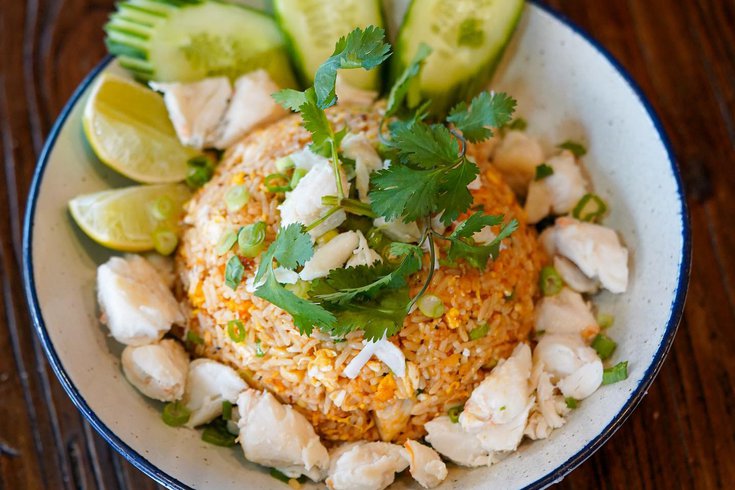 Kalaya Thai Kitchen typically only serves dinner, but it's making an exception this weekend to raise money for Ukraine.

The restaurant, at 746 S. Ninth St. in the Italian Market, will host brunch on Sunday, March 27, with 80% of the proceeds benefiting World Central Kitchen, a nonprofit providing meals to Ukrainian refugees in Poland.

"It's just completely devastating to see everything happening in Ukraine right now," Chutatip "Nok" Suntaranon, Kalaya's chef and owner, said in a press release. "So many people in the Philadelphia community have been doing amazing things to help those affected, and it all just really inspired me to do something."

The BYOB brunch runs from noon to 2 p.m. and includes five courses and a dessert. It costs $75 per person.

The menu will include Kamon Jeen Nam Ya Pu, a crab curry served with rice noodles; Khao Mok Nua, a rice dish seasoned with turmeric; and a panna cotta made with coconut milk.

Last week, Suntaranon was named as a finalist for the James Beard Foundation's 2022 best chef in the Mid-Atlantic award.

Suntaranon's recipes from southern Thailand, where she grew up, have garnered critical acclaim since the restaurant opened in 2019.

Since then, Suntaranon has worked hard to expand her business. She opened a Thai market down the street from the restaurant in 2020 and plans to open a second Kalaya location in Fishtown.