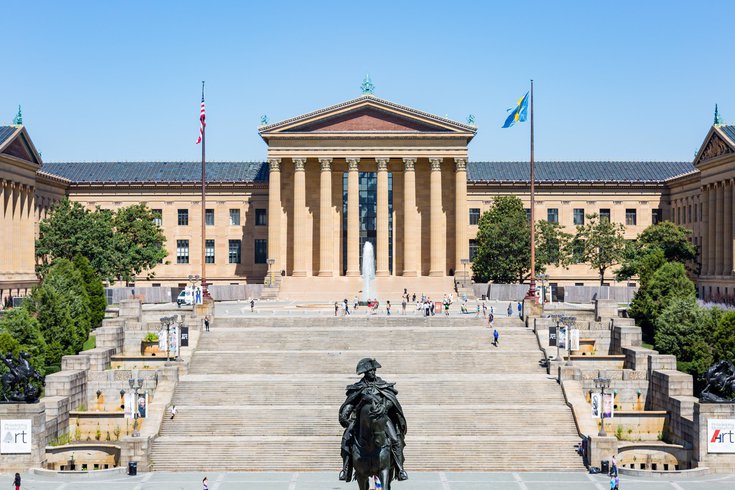 At Art-ish at the Philadelphia Museum of Art guests can see creators working in real time while listening to live music and enjoying food and drink. It takes place Saturday, March 26 and tickets are $75.

Dance, eat and see art created live at a new event at the Philadelphia Museum of Art later this month.

Art-ish is hosted by the Young Friends of the art museum, a group professionals, creatives and art lovers between the ages of 21 and 45. The party takes place after-hours from 8 p.m. until midnight on Saturday, March 26.

Guests can check out the museum's exhibits, watch artisans work in real time, and enjoy live music from Philly's DJs. There will be a dance floor, open bar and food. Attendees must be at least 21 years old and tickets are on sale for $75.

James Boyle, an illustrator known for his Philly-themed deck of tarot cards, will be among the artists doing live demonstrations. So will Germantown jewelry-maker Devin McNutt, who will showcasing her technique for making accessories out of recycled tin.

Street poet Marshall James Kavanaugh will write on-the-spot poetry from his typewriter. Kristen Buck, a potter from Media, Delaware County, will show how she makes her hand-painted ceramics.

The night's musical lineup includes singers Beano French and Seraiah Nicole. Beano, grew up in West Philly and mixes classic R&B with new hip-hop. He has performed alongside popular acts, like Ty Dolla $ign. Nicole combines poetry with her signature soulful vocals and hosts open mics across the city to support the Black arts community.

In addition to the open bar, Art-ish will have whiskey and rum tastings, courtesy of Strivers’ Row Distillery – Philly's first Hispanic-owned distillery and the smallest commercial distillery in the country. Guests will also have opportunities to learn sample Black-owned wine brands from Zachary Harris of Washington, D.C.'s Ikavina Wine and Spirits.

Desserts will be provided by Porco’s Porchetteria and the Small Oven Pastry Shop – two businesses that operate out of the same storefront at 2204 Washington Ave. – and Cloud Cups will serve its gelatos and sorbets infused with CBD.

Note: Several portions of this article were edited after it was originally published.