She's not the only celeb with an interesting Chinese alias 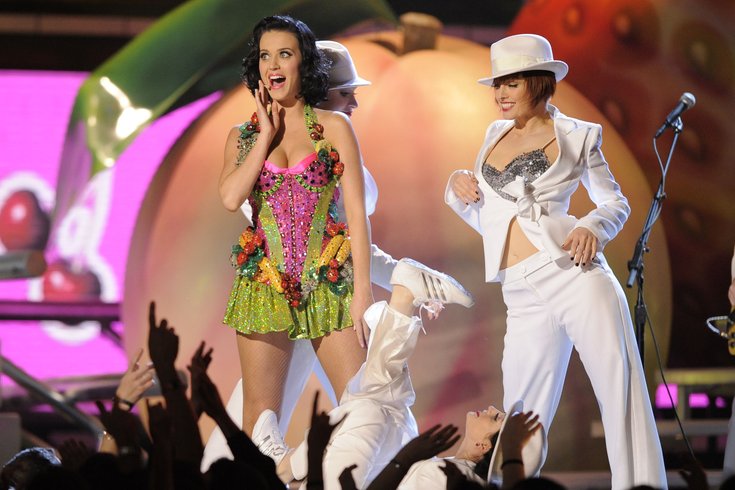 Katy Perry performs in a fruit-inspired ensemble at the 51st Annual Grammy Awards on Feb. 8, 2009, in Los Angeles.

Posts about Katy Perry were all over Twitter during the Super Bowl halftime show, but Chinese social media users were calling the performer by a different name.

Katy Perry is known as "Fruit Sister," or "shui guo jie," in China, CNN's Wilfred Chan reports. The name is in reference to her frequently fruit-themed ensembles.

Take, for instance, the time when Perry sat on a giant banana during one of her sets at the 2008 MTV Europe Music Awards. 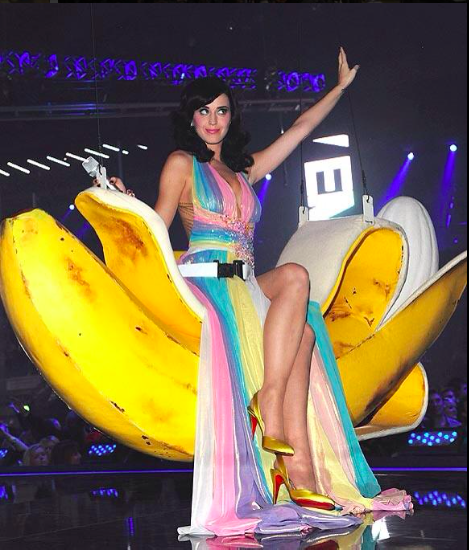 From watermelon onesies to strawberry-cup bras, the pop star has incorporated her love for fruit into a number of her performances.

But, according to Chan, Perry isn't the only celebrity to earn an alias among Chinese Internet users.

"Lord of Butt," or "luo ba," is apparently a popular nickname for Jennifer Lopez in China and Hong Kong. Adam Levine is called "sao dang," which translates to "Flirty Adam."