With movie studios closed amid the coronavirus pandemic, New Jersey native says it's a perfect time for cartoons 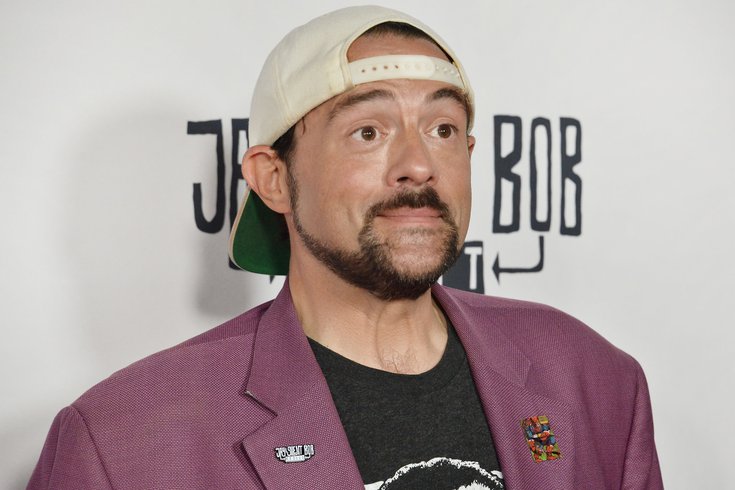 Kevin Smith is hoping to reboot 'Clerks: The Animated Series' on Hulu. The show, which originally aired on ABC, was canceled after two episodes in 2000.

Filmmaker Kevin Smith is pushing for a return of "Clerks: The Animated Series," a short-lived television show based on his cult classic movie.

The New Jersey native is planning to pitch a reboot to Disney-owned Hulu, he told Consequences of Sound. "Clerks: The Animated Series," originally aired on ABC for two episodes before getting canceled in 2000. The movie, "Clerks," hit theaters in 1994.

The show acquired a strong fan base after View Askew Productions released all six episodes of the cartoon on DVD in 2001. The series later aired on both Comedy Central and the Cartoon Network's Adult Swim.

Smith has long wanted to reboot the cartoon, but he said it took years to determine which company owned the property rights. The series originally was produced by Miramax, which was owned by Disney at the time. But Miramax no longer exists in the same form.

Smith's longtime producing partner, Scot Mosier, eventually determined that Disney still owns the series. Smith said he plans to pitch the series to Hulu first since Disney owns the original. But if the streaming platform turns him down, Smith said he'll shop the idea elsewhere.

"Maybe we walk into Hulu and say, ‘Look, this is the story. Here we did these six episodes. Disney owns them. You guys aren’t doing anything with them,'" Smith said. "We have all these designs and a bunch of people we’d like to be involved. The voice cast could come back, a bunch of the writers could come back, and stuff. But all the heavy lifting has been done. It’s been time tested and vetted. So, all we have to do is turn the lights back on."

It's also currently the perfect time to do an animation series, Smith said. Social distancing restrictions have shut down film and television studios, but animation is still ongoing remotely.

"Right now we’re like, 'Maybe now is the time,'" Smith said. "Timing is everything and also a willingness to do it. Lord knows if I’ve shown anything over the course of my career, it’s a willingness to step right back into the past. So, I hope it comes to pass. Let’s see if this is possible.”

Smith announced in October that he was working on the script for the movie "Clerks III," which he called a return to the "great state of New Jersey." The director rebooted "Jay and the Silent Bob" last October, basing the movie's storyline on his "View Askewniverse," a fictional universe that has appeared in several of his films.