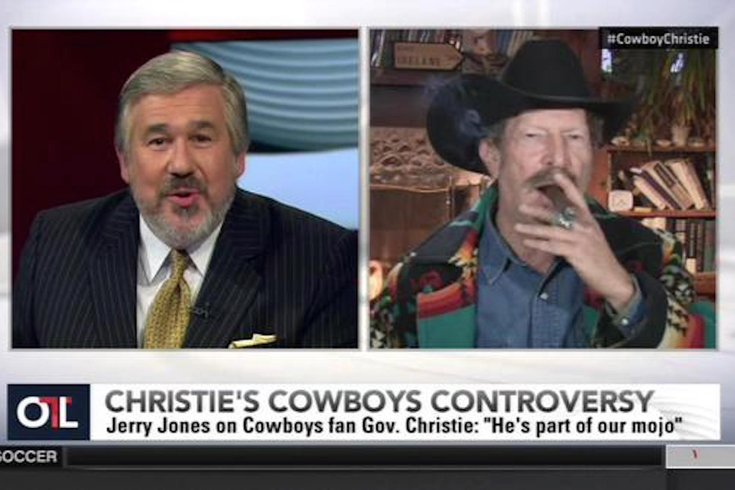 Texas country singer Kinky Friedman surprised ESPN viewers on Jan. 7 when he referred to the relationship between Jerry Jones and Chris Christie as 'homosexual'.

Friedman, sporting a cowboy hat and puffing a cigar, continued by adding, "They both desperately want to be loved ... and I agree that being in the owners' box is not the way."

Here's a short clip of the segment:

Mulshine was critical of the optics of Christie hanging with a billionaire.

“It was really bad for his everyman image,” Mulshine said.

Host Bob Ley apologized to the audience for Friedman's remarks following the segment.

Of course, Friedman's comments sparked a wave of reactions on Twitter.

So to re-cap: @BobLeyESPN interviewing Kinky Friedman as he puffs a cigar & multiple Pulitzer winner @DVNjr watches on. #CowboyChristie

Bob Ley-you are such a great PRO! Way to hang in there when Kinky Friedman let fly.