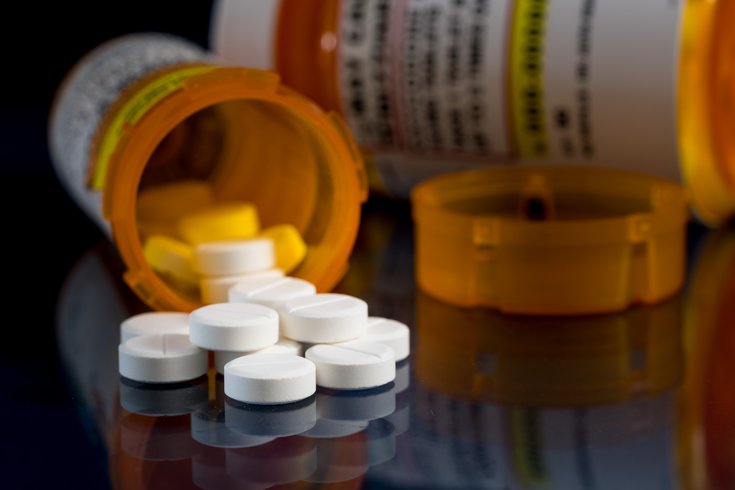 Arthroscopic knee surgery, one of the most common outpatient procedures in the United States, is often associated with high-risk opioid prescriptions, researchers at Penn's Perelman School of Medicine found.

Opioids prescribed following outpatient knee surgery are often dispensed at strengths linked to an increased risk of overdose death, according to new research from the University of Pennsylvania.

Across the United States, 70% of patients who received arthroscopic knee surgery were given a prescription between 2015-2019. That figure excludes those who had been taking opioids prior to their procedures.

The Penn study, published in BMJ Open, found that prescription levels varied widely from state to state. At the low end, only 40% of patients in South Dakota were given opioids. But 85% received them in Nebraska.

But the strength of the prescriptions particularly stood out to researchers. The typical prescription was high, equal to 50 milligrams of morphine per day. That's the threshold set by the Centers for Disease Control and Prevention as a marker for increased risk of opioid overdose death.

"We found massive levels of variation in the proportion of patients who are prescribed opioids between states, even after adjusting for nuances of the procedure and differences in patient characteristics," said Dr. M. Kit Delgado, a Penn epidemiologist who served as lead author of the study. "We’ve also seen that the average number of pills prescribed was extremely high for outpatient procedures of this type, particularly for patients who had not been taking opioids prior to surgery."

Delgado and her colleagues chose to focus on arthroscopic knee surgery because it is among the three most common outpatient procedures in the country.

The findings are alarming considering the links between first-time opioid users and high-dose prescriptions, which are often associated with a transition to long-term opioid use, leftover pills and higher rates of overdose among family members.

The research team gauged prescription rates by accessing a large national database of insurance claims, identifying nearly 100,000 patients who had arthroscopic knee surgery and had not used any opioid prescriptions in the six months before the surgery.

There was minimal variation in the rate of opioid prescriptions between patients who underwent non-invasive versus invasive procedures, such as ACL repairs that involve cutting or drilling into bone.

Even with the high level of variation between states, the average prescription strength equaled about 250 milligrams of morphine over a five-day period. This level, considered risky by the CDC, was prescribed to approximately 36% of the patients studied.

"These studies suggest that current prescribing patterns are still resulting in a significant number of opioid tablets in the community that could be misused and potentially diverted to others," Delgado said. "The data we’ve collected show that there’s ample opportunity to reduce excessive prescribing for this common outpatient procedure."

Researchers currently are conducting a related study that uses automated text messages to directly check in with knee surgery patients to examine their opioid use. Most patients report taking fewer than 10 tablets during their recoveries, which aligns with other studies on the subject.

Across the country, single prescription rates varied from 24 tablets in Vermont to 45 tablets in Oklahoma.

"Given that most arthroscopies are not invasive, there seems to be room to reduce the prescribing rate and the strength of the prescription," said co-lead author Benjamin Ukert, a Penn postdoctoral researcher who has since become an assistant professor of health policy and management at Texas A&M.