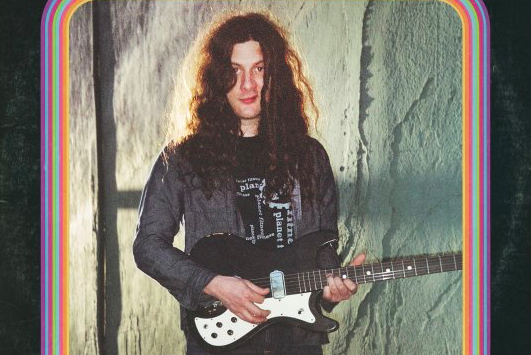 It's been three years since Kurt Vile last released a solo album, 2015's "b'lieve i'm goin down..." before collaborating last year on a spirited duet with Courtney Barnett.

The Philadelphia folk rocker gave us a hint last month that something might be in the works. His release of "Loading Zones," a single accompanied by a video mocking the Philadelphia Parking Authority, gave us a refreshing reminder of just how masterful Vile is at expanding his sound while keeping his free-floating energy off the leash of a formula.

Matador Records announced Monday that Vile will release his next album, "Bottle It In," on Oct. 12 to serve as as the run-up to a world tour. That will begin with a hometown show at the newly rehabilitated Metropolitan Opera House, the historic building-turned-venue renamed The Met, on Dec. 29.

The 13 tracks on "Bottle It In" were recorded almost entirely on the road over the past two years and are inspired, in various ways, by the experience of traveling.

The album has the markings of what might be Vile's most ambitious project to date, including a more-than-nine minute song released with another video on Monday. The rolling "Bassackwards" is hypnotic and uplifting, propelled by a sliding bass line and gradually swelling ambience.

The pre-sale for Vile's Philadelphia show starts 10 a.m. Tuesday via Ticketmaster. If you're looking for an artist to test out Philly's newest venue, it's hard to think of anyone better than Vile to do the honors.