Daniel Allen spent the last seven years at DePaul University and four years at the Lewis University, a Lasallian institution 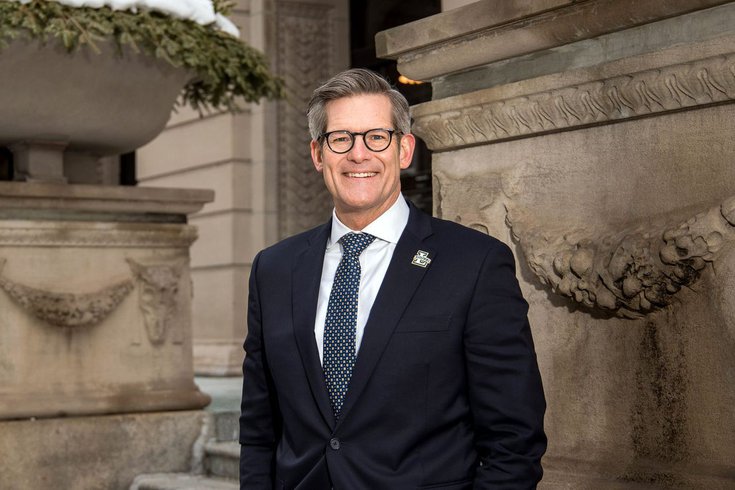 Daniel Allen will take over as La Salle University's 30th president in school history on April 18.

La Salle University is handing the reins to a Daniel Allen, a longtime college executive who has spent many years working in Catholic higher education.

The university's board of trustees voted Tuesday to appoint Allen as La Salle's 30th president after completing a nine-month search. His term will begin April 18.

Allen will succeed Colleen Hanycz, who served as La Salle's first lay and female president from 2015 until last June, when she was named the president of Xavier University in Cincinnati. Timothy O'Shaughnessy has served as the school's interim president since Hanycz's departure.

"I am honored and humbled by the board's selection, and I am ready to lead La Salle University," Allen said. "As I moved through this process, it became clear to me that La Salle students embark on their lives and careers with a real-world readiness. Their degree has a return on investment that is among the nation's strongest, and that is a testament to an excellent and vibrant faculty. These have been hallmarks of this history-rich, mission-oriented university for nearly 160 years. I look forward to working with the La Salle community to chart the path forward for the next chapter of the university's future.”

Allen has spent the last seven years at DePaul University in Chicago, working in a variety of leadership roles. He has been serving as the vice president of university advancement and external relations, a role that requires him to manage DePaul's development, alumni relations, advancement and community relations.

Allen helped oversee a fundraising campaign that brought in more than $93 million in 2021, the most successful fundraising year in DePaul's history. He also helped kickstart a $60 million initiative to raise money for student scholarships, emergency assistance, mental health services and career resources.

Allen also brings experience working within Lasallian education. He spent four years as the vice president of advancement at Lewis University in Romeoville, Illinois, one of six Lasallian colleges in the United States.

Allen also served as senior associate dean at the University of Chicago's public policy school, where he was responsible for orchestrating capital campaigns and large donations.

"[Allen] possesses a deep commitment to high-impact teaching and learning, in full alignment with our university's mission," board of trustees Chair William Matthews said. "More importantly, he is positioned to shape La Salle's promising future by addressing our current needs and supporting our students on their paths toward transformational personal and professional outcomes."

Allen received his doctorate in education with a specialization in higher education at Loyola University in Chicago. He received his master's and bachelor's degrees from Loras College, a Catholic school in Dubuque, Iowa.

La Salle placed among the top 50 schools on U.S. News and World Report's annual ranking of the 175 best universities in the Northeast last September.