Thiomargarita magnifica, which was found in a Caribbean mangrove swamp, is 50 times larger than other known giant bacteria 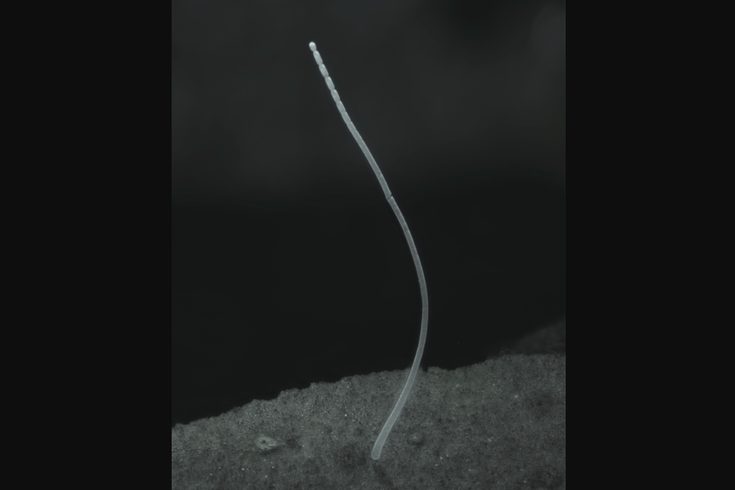 Thiomargarita magnifica is 50 times larger than all other known giant bacteria and can be seen without a microscope. It was found in a Caribbean mangrove swamp and measures in at one centimeter long. Scientists are not yet sure the function of the bacterium's size.

That is one big bacterium!

Researchers have discovered a bacterium visible to the naked eye, challenging prevailing notions about the size of bacteria, most of which only can be seen when using a microscope.

The bacterium, named Thiomargarita magnifica, was found in a Caribbean mangrove swamp and is 50 times larger than all other known giant bacteria, scientists say.

Olivier Gros, a marine biology professor at Université des Antilles in Guadeloupe, first discovered the bacterium back in 2009.

"When I saw them, I thought, 'Strange.' In the beginning I thought it was just something curious, some white filaments that needed to be attached to something in the sediment like a leaf," Gros said.

Tests performed over the next few years confirmed that the "filaments" were in fact single-cell organisms.

A study on the discovery, published Thursday in the journal Science, notes the bacterium lives attached to sunken leaves in sulfurous mangrove forest waters in Guadeloupe, an archipelago in the Lesser Antilles.

Not only is T. magnifica visible to the naked eye, it is also reminiscent of part of the eye. Measuring in at one centimeter in length, it is about the size and shape of a human eyelash, as The New York Times notes. 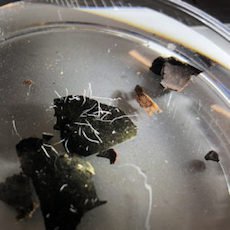 Filaments of the bacteria Thiomargarita magnifica attached to the leaf debris are visible to the naked eye on a Petri dish.

While bacteria is generally thought of as microscopic single-cell organisms with free-floating DNA, there is a wide range of diversity among bacteria types. The existence of T. magnifica suggests the possibility of yet-undiscovered larger and more complex bacteria.

"The discovery suggests that large and more complex bacteria may be hiding in plain sight," said Jean-Marie Volland, a microbiologist at the Joint Genome Institute in Berkeley, California.

The bacterium's name was chosen by Silvina Gonzalez-Rizzo, an associate professor of molecular biology at the Université des Antilles.

"Magnifica because magnus in Latin means big and I think it's gorgeous like the French word magnifique," Gonzalez-Rizzo said.

Along with its gargantuan size, T. magnifica is further differentiated from its bacterial cousins by its DNA.

While other bacteria DNA float freely in the cell, T. magnifica's DNA is compartmentalized within membrane-bound structures. This innovation allows metabolic activity to occur throughout the entire length of the cell, making it more complex than other bacteria, and is likely the reason T. magnifica is able to grow so huge.

Why exactly this bacterium needs to be so big, though, is a question scientists have not yet been able to answer.

"Bacteria are endlessly adaptable and always surprising – and should never be underestimated," Washington University microbiologist Petra Levin, who was not involved in the study, wrote in a perspective piece published alongside the study.