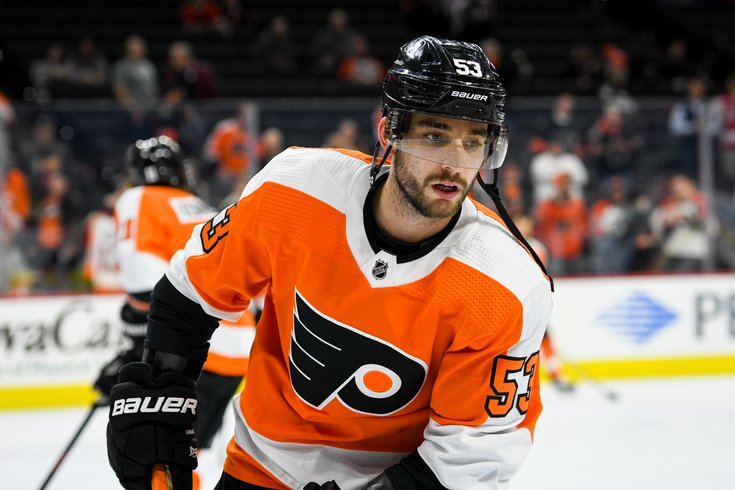 Unlike in the NBA, where the rumors seem to flow at a constant pace, life around the NHL trade deadline is a bit more laid back — at least that seems to be the case for the Flyers in 2020.

On Thursday, we looked at how Chuck Fletcher might struggle to get a deal done at the deadline because the Flyers are a bit strapped for cash at the moment, meaning if the team wants to stay under the salary cap, they'll have to either convince a team to take on the salary of one of their departing players, whether that be by sweating the pot with extra draft picks or prospects, or unload a current NHL player (and his salary) in order to acquire someone. That latter move is not typically something a deadline buyer likes to do.

And that's exactly what the Flyers are this year — or at least what they should be. Over at MyNHLTradeRumors.com, they recently took a look at the Metropolitan Division and divided it into buyers and sellers. Here's what they had to say about how the Flyers can make something work at the deadline:

The Flyers are looking for center depth past Sean Couturier and Kevin Hayes, but are tight against the cap, which means they may have to move out a salary like Shayne Gostisbehere to someone who will have an impact up the middle. Failing that, GM Chuck Fletcher could add a rental pivot like San Jose’s Melker Karlsson if the Sharks retain salary.  [mynhltraderumors.com]

Currently, Philly is in the third spot in the Metropolitan, but they're also just three points from falling out of the playoff picture entirely. If Fletcher wants to give his team the best chance to remain in the playoff picture heading down the stretch, he might want to consider adding some depth for first-year coach Alain Vigneault.

As of Saturday morning, however, with just two day's before Monday's NHL trade deadline ... crickets.

That could change at any moment. And if/when it does, we'll be right here to help provide you with the latest updates and analysis of any moves made by the Flyers — or any other major NHL moves for that matter. Stay tuned, because the clock is ticking.