The 28,000-square-foot space will offer food, drinks and live music along the Delaware River waterfront 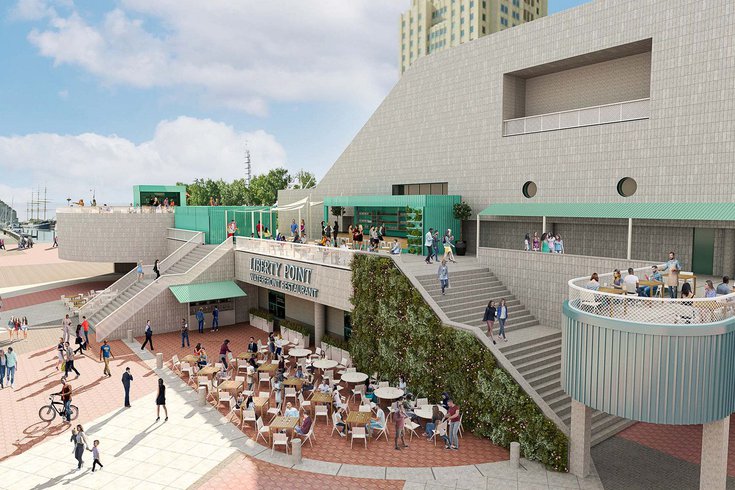 Liberty Point will open on the waterfront side of the Independence Seaport Museum at Penn's Landing this April.

A new restaurant being billed as the Philadelphia's largest will feature a live music stage and panoramic views of the Delaware River when it opens this spring.

Liberty Point, an outdoor-indoor food and entertainment venue five years in the making, will open along the waterfront side of the Independence Seaport Museum in April.

The 28,000-square-foot venue, operated by FCM Hospitality, will sprawl across three main levels and serve as many as 1,400 guests at a time. Dogs will be welcome on the family-friendly venue's first floor.

The lunch and dinner menus will feature seasonal bites, sandwiches, salads and raw bar selections. Late-night fare will be available in the evenings. Beer, wine, cocktails, frozen summer drinks and mocktails will be available at five indoor and outdoor bars.

A live music stage will be set up in the middle of the venue. Musicians will play on Fridays and Saturdays, and DJs will perform throughout the week. The space also will host private and semi-private events. 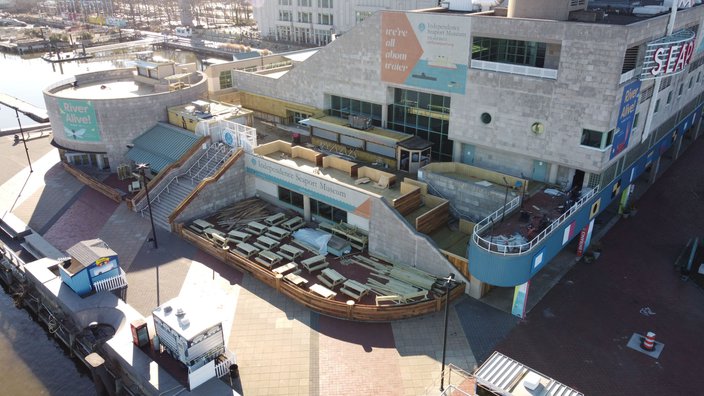 FCM Hospitality is transforming the waterfront side of the Independence Seaport Museum into a sprawling, 28,000-square-foot entertainment venue.

"We are excited to bring this new dining concept to the waterfront to join the already vibrant destination for recreational, cultural and commercial activities for the residents and visitors of Philadelphia," FCM Hospitality's Avram Hornik said. "There's always something happening at Penn's Landing. It is the top summer destination in Philadelphia that hosts concerts, fairs, food and drink and we are happy to be a part of it."

Liberty Point originally was scheduled to open last spring, but it was delayed due to the COVID-19 pandemic, Hornik said. He said the restaurant "is inspired by the history of Philadelphia and its waterfront."

Once construction is completed, Liberty Point will be open seven days each week throughout the year.

"We are thrilled to take things to the next level for outdoor, riverfront dining in Philadelphia," Hornik said. 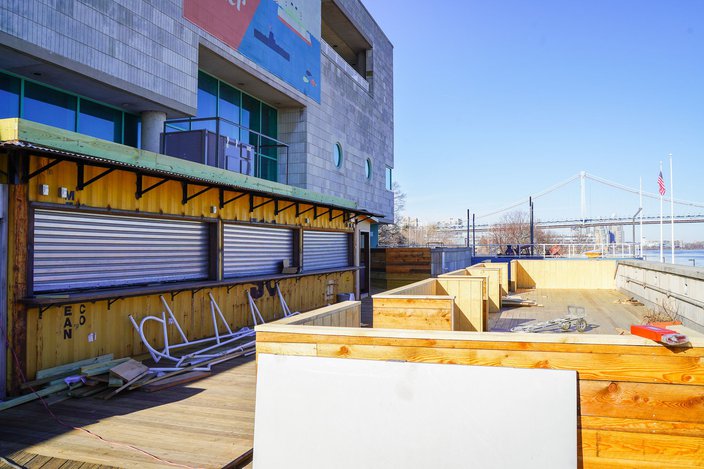 Liberty Point, which remains under construction, will offer panoramic views of the Delaware River.

The new restaurant comes with Penn's Landing expected to undergo an overhaul in the coming years.

The Delaware River Waterfront Corp. has tasked the Durst Organization with a $2.2 billion redevelopment project that calls for nearly 2,400 apartments, more than 124,000 square feet of space and a 225-room hotel. The 11-acre-plus project will total 12 buildings across two sites.

The centerpiece is Penn's Landing Park over I-95, which is expected to begin next year and will reconnect Front Street with the riverfront between Chestnut and Walnut streets. The project is slated to be completed for the U.S. semiquincentennial celebration in 2026.