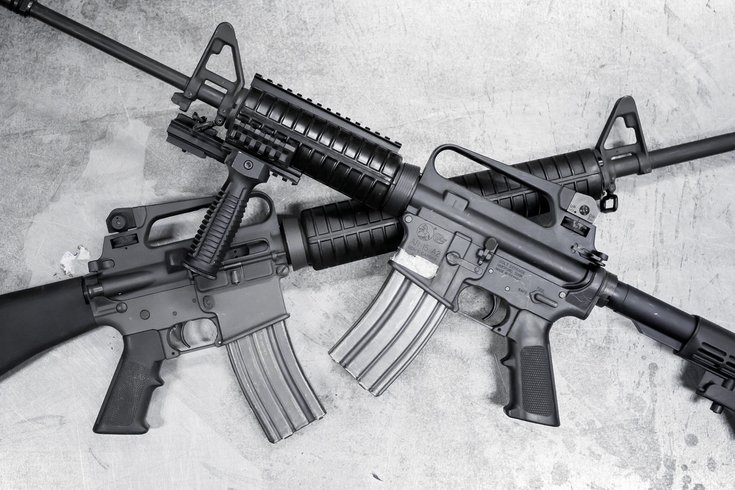 These "ghost guns" — unregistered firearms without serial numbers — were outlawed in New Jersey in November. In this case, they were assembled using parts from kits purchased online, according to prosecutors. The weapons then allegedly were sold for prices ranging from $1,100 to $1,300 per firearm.

The 12 arrests, including four men linked to ghost guns, were all made between March 8-14.

During the operation, authorities said they captured two of the defendants discussing how they would adjust to the new law signed by Gov. Phil Murphy. Paul Corum, 43, of Lindenwold, allegedly told 38-year-old Nicholas Cilien, of Mt. Ephraim, how they would proceed with obtaining and assembling gun parts.

“(W)e just gotta go out of state now. You know what I’m saying?" Corum allegedly said days before selling to AR-15 assault rifles, according to investigators, "And then we gotta go across the border to go get it, but it’s not a problem. Put it together and then, you know what I’m saying, give you a call and let you know.”

The two allegedly were discussing the delay of a gun sale and how parts for two new assault rifles would be shipped to an address in Bensalem, Bucks County, authorities said. Those parts were intercepted by authorities on March 13.

“This case starkly illustrates why ghost guns are so dangerous, because drug dealers and other criminals can easily acquire them and traffic them into our communities, where they will be virtually untraceable if used in a crime,” said New Jersey Attorney General Gurbir S. Grewal. “Assault rifles like these pose an especially deadly threat to law enforcement, innocent bystanders, and others when placed in the wrong hands, and suffice it to say no one conducted any background checks here."

The identities of the defendants and the charges they are facing can be found here.

“By removing these drugs and illegal guns from the streets we have undoubtedly shielded the public from the death and despair that would have followed if these weapons would have made it into the hands of criminals," said Col. Patrick Callahan of the New Jersey State Police. "We will remain unwavering in our collective efforts to ensure that the deadly mix of drugs and illegal guns never find their way into our communities.”