With Daryl Morey in charge, will Sixers be even more active?

Out West, the first big deal of the offseason has arrived as the Thunder are reportedly sending Chris Paul to the Suns 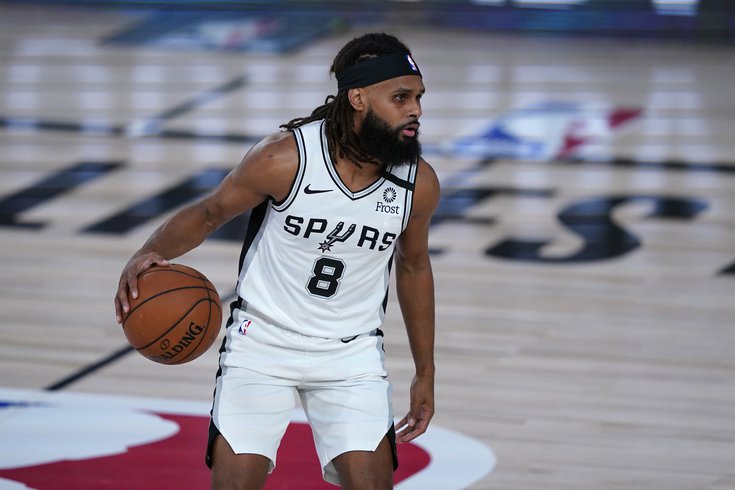 UPDATE [8:52 p.m.] — It's been just six hours since Sixers fans were given a glimpse of hope that there might be some truth to the James Harden to Philly rumors, and we already have an update. Unfortunately, it's not the kind the fanbase was hoping for.

According to Adrian Wojnarowski, Harden does indeed want out of Houston, and even turned down an extension with the richest annual contract value in NBA history to send a message to the Rockets. And that message is that he wants to be traded to Brooklyn (and not the Sixers).

Sources: After turning down an extension offer to become the first $50M a year player in league history, James Harden’s message to Houston is clear: Get me to Brooklyn. Rockets and Nets have been in contact, but there’s been no meaningful dialogue. https://t.co/qwJOQOxz5U

I guess the only glimmer of hope remaining for Sixers is that last line from Woj. But at this point, it's beginning to feel like grasping at straws.

UPDATE [2:47 p.m.] — This is what Sixers fans have been hoping to see. According to Shams Charania, James Harden wants out of Houston and the Sixers and Nets are among his preferred landing spots. Of course, Houston is saying they're totally content going into the 2021 season with Harden and Russell Westbrook still on their roster.

Rockets star James Harden wants to be on a contender elsewhere, and Brooklyn and Philadelphia are believed to be his top desired trade destinations, sources tell @TheAthleticNBA @Stadium.

Houston is fully comfortable keeping Harden and Russell Westbrook into the season.

You can read more from Kyle Neubeck on this one, right here.

UPDATE [1:12 p.m.] — It only took 72 minutes for our first Woj Bomb of the NBA offseason. The veteran NBA reporter broke the news that the Thunder are trading Chris Paul to the Suns, where he will be paired with rising star Devin Booker.

The trade, however, will not include the 10th overall pick, but rather a quartet of players and a future first-round pick.

Sorry, Sixers fans who had hoped the team would go out and trade for Chris Paul. On the bright side, it's still early — and you never know what Daryl Morey is up to behind the scenes.

UPDATE [12:55 p.m.] — If the Sixers are interested in a Jrue Holiday reunion, it appears their chances of acquiring their former point guard just doubled. That's because, according to the latest report from Brad Townsend of The Dallas Morning News, the Pelicans are essentially cutting the pool of potential suitors in half by making it known that they don't want to trade Holiday to a team in their own conference, simply because they don't want to face him next season.

I'm told Mavs are not in on the Jrue Holiday trade sweepstakes. One of the biggest reasons: Pels are determined to trade him to an Eastern Conference team. They don't want to compete against him.

That's a lot of praise to heap on Holiday. And honestly, doesn't it seem like a bit much? He's a good player, don't get me wrong, but not wanting "to compete against him" is something you say about LeBron James, or Steph Curry, or Kevin Durant, or James Harden. Not Jrue Holiday.

Of course, this could be all just be an attempt by the Pelicans to increase the asking price for Holiday among potential suitors out West. If not, however, it could mean a window is opening for the Sixers, should Daryl Morey and Co. decide to make an offer.

With all the changes to the NBA calendar in 2020, we're about to get something we've never gotten before. This week could be the busiest week of offseason news in the history of all offseasons.

Not only does the NBA trade window officially open on Monday afternoon — with a few trades already having been agreed to — but Wednesday night will bring the NBA draft, and free agency is set to begin two days later on Friday. In other words, prepare yourself for some absolute chaos.

On top of all the changes to the NBA's offseason schedule — and regular season schedule, which is reportedly set to being in late December — there's been a massive change atop the Sixers organization, with Daryl Morey taking over as president of basketball operations. Couple that with the addition of Doc Rivers as head coach, and there could be a considerable amount of roster turnover, with no players seeming off limits. And with current NBA title odds hovering around +3000, according to TheLines.com, the Sixers might need those changes if they want to climb into the category of "legit contenders."

There have been the James Harden and Chris Paul and Jrue Holiday rumors — and more recently the Patty Mills rumors — and our own Kyle Neubeck covered all those in his offseason primer earlier on Monday. For this post, the purpose is going to be keeping track of new rumors as they pop up. We'll provide a new post each day with the latest news and rumors as they unfold, and we'll try to sort through the insanity that is the 2020 NBA offseason to bring you the rumors that matter most to Sixers fans.