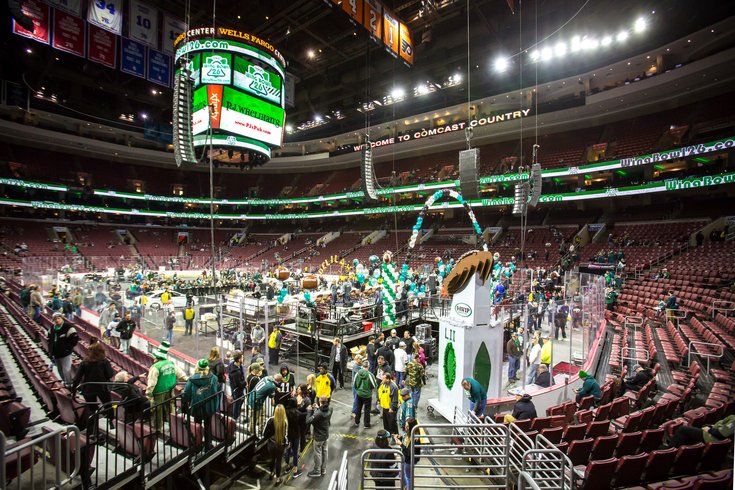 The scene before the start of WIP's Wing Bowl 26 Friday morning at Wells Fargo Center.

While the city of Philadelphia waits for what could potentially be the party of a lifetime on Sunday night – an Eagles' Super Bowl win would be unlike anything this city's ever seen – there's another party happening in South Philly on Friday morning.

And this one happens every year, whether the Eagles are playing in the Super Bowl or not.

That's right, it's time for Sportsradio 94 WIP's 26th annual Wing Bowl, where some of the best eaters from Philly and around the country will compete for a variety of prizes, from cash to a car and even a championship ring.

There will also be a new category exclusively for first responders, including police officers, firefighters and EMTs.

Here's a look at all the prizes up for grabs on Friday morning:

With the Eagles in the Super Bowl, you can expect the 20,000-strong at the Wells Fargo Center – including guest of honor Ric Flair – to be even crazier than usual. Starting bright and early at 5:30 a.m., we'll have you covered right here, from the procession into the arena to the eating competition itself...