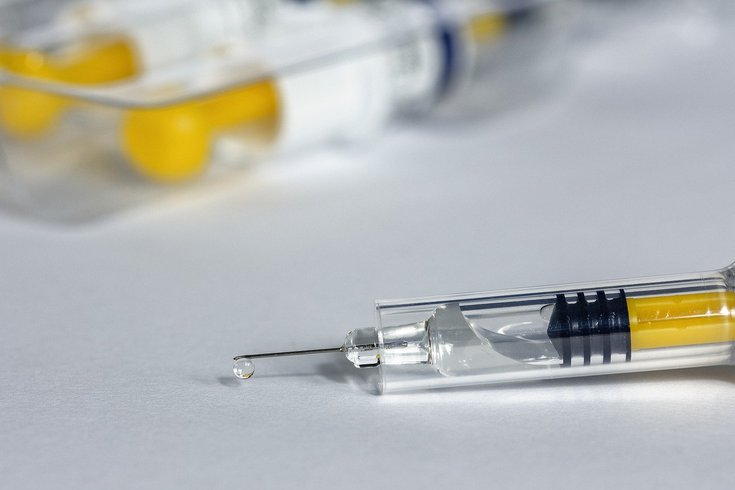 Hydroxyprogesterone caproate is to be given only to women who are pregnant with one baby and who have had a preterm delivery of a baby in the past, the Mayo Clinic says. It is administered as a weekly injection.

The adult children of mothers who were treated with a drug that prevents miscarriage may have an increased risk of early-onset cancer, according to a new study.

Children of women who received hydroxyprogesterone caproate, also known as OHPC or 17-OHPC, during pregnancy in the 1950s and 1960s are twice as likely to be diagnosed with cancer, according to data presented Tuesday at the Endocrine Society's annual meeting.

OHPC is a synthetic progestogen that was first marketed in the U.S. in the mid-1950s as Delalutin to prevent miscarriage. It is still prescribed to prevent preterm birth under the brand name Makena.

Last October, the U.S. Food and Drug Administration proposed that the drug be withdrawn from the market, citing data from postmarket studies that failed to verify clinical benefits.

"There is compelling evidence that some synthetic hormones cause endocrine disruption during early fetal development that may lead to cancer later in life for the offspring," lead researcher Caitlin Murphy, an assistant professor at the University of Texas Southwestern Medical Center, said in a statement.

"The rates of some cancers, such as colorectal cancer, are increasing in adults younger than 50, and we wondered if endocrine disruption in utero — in the womb — may partly contribute to this increase."

The endocrine system produces hormones that regulate metabolism, growth and development, blood pressure, tissue function, emotions and sleep. Disruption to it can affect many organ systems in the body.

The mothers involved in the study had received prenatal care between June 1959 and June 1967 in the Kaiser Foundation Health Plan in Oakland, California. Cancer diagnoses for their children were tracked through 2018 using California Cancer Registry. The data included more than 18,751 live births and 954 cancer diagnoses made when the children were between ages 18-58.

The children of the 181 women given OHPC during pregnancy were more than twice as likely to be diagnosed with cancer as adults than children who were not exposed to the drug in the womb. And 65% of the cancer diagnoses occurred in people younger than age 50.

"Our findings suggest multiple organ systems are susceptible to endocrine disruption during early development, which may increase risk of cancer decades later," she added. "Caution using OHPC and other endocrine-active pharmaceuticals in early pregnancy is warranted."

According to the Mayo Clinic, hydroxyprogesterone caproate is only to be given to women who are pregnant with one baby and who have had a preterm delivery of a baby in the past. It is administered as a weekly injection.

Side effects for the mother include allergic reaction, breathing problems, depressed mood, blood clots, increase in blood pressure and yellowing of the eyes or skin, according to Nationwide Children's Hospital.