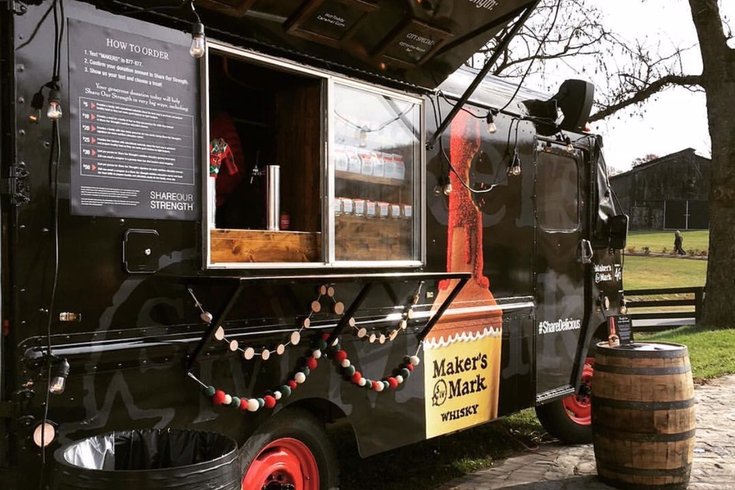 The Maker's Mark truck will be stopping in Philadelphia from Dec. 8-9.

Here are two things that don't usually go hand-in-hand: bourbon and cookies. Maker's Mark, however, thinks they make a great pair when fighting against hunger and poverty.

For the second year, the whiskey brand has partnered with the nonprofit Share Our Strength on a mobile charity tour to bring baked goods to six cities in exchange for a suggested donation to the charity.

During each stop, the Maker's Mark truck will pass out spiced cider (no alcohol will be served) and treats from Butter & Scotch bakery, including cheddar-chive biscuits and Maker’s Mark Hot-Toddy Caramel Corn, as well as items inspired by each city on the route.

To enjoy any of the bake sale items, text "Makers" to 877-877 with a suggested donation of $5, which will go directly to Share Our Strength. Then, just show confirmation of the texted donation at the truck.

The truck will be in Philly on two dates, at two different locations.