Cannabis use has become more accepted across much of the United States. But researchers say regular inhalation can have adverse effects 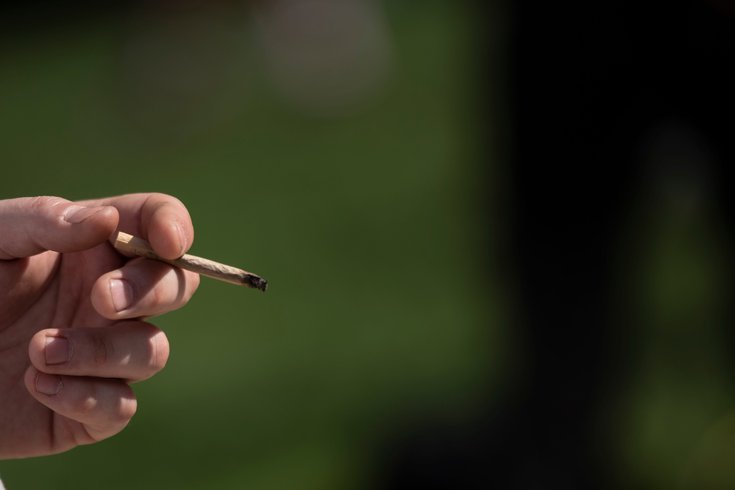 Marijuana smokers may be at higher risk of paraseptal emphysema than tobacco users because joints don't have filters, unlike cigarettes, and marijuana users tend to inhale longer and deeper, researchers say.

Two more states legalized recreational marijuana earlier this month, the latest signs that pot use has become much more accepted by Americans. Recreational marijuana is now legal in 21 states, including New Jersey; all of them adopted the policy change within the last decade.

Still, scientists stress that there are health risks associated with regular inhalation. And the latest study suggests that marijuana smokers are twice as likely as people who only smoke tobacco to develop paraseptal emphysema, a serious lung disease without a cure.

Paraseptal emphysema affects the small air sacs of the lungs, which take in oxygen and remove carbon dioxide. Damage to these air sacs creates small holes in the lungs, which affect that gas exchange. Paraseptal emphysema is not as deadly as the emphysema associated with long-term tobacco smoking, but it can make people feel as though they can't get enough air in their lungs. It can cause people to wheeze, cough up mucus and suffer from shortness of breath during routine activities. It also can lead to a collapsed lung, a life-threatening condition.

The latest study compared chest scans of cannabis smokers, cigarette smokers and nonsmokers. The pot users, on average, smoked 1.85 grams a day and a majority of them also smoked tobacco.

Researchers found 75% of the marijuana smokers had some type of emphysema compared to 5% of nonsmokers and 67% of tobacco-only smokers. In a subgroup of participants who were about 60 years old, 57% of the marijuana smokers had paraseptal emphysema compared to 24% of cigarette smokers. The pot smokers also were more likely to have inflammation of their airways.

There are two reasons why this disease may be higher among marijuana users, researcher Dr. Giselle Revah, a cardiothoracic radiologist at The Ottawa Hospital in Canada, told NBC News. Unlike cigarettes, joints aren't filtered. Also, marijuana smokers tend to inhale deeper and longer than cigarette smokers.

The findings of the study, which included 146 people, reflected previous research, including a case study of a 35-year-old man, published in 2018. The man, who had a history of chronic bronchitis and sinusitis, developed paraseptal emphysema year after he stopped smoking marijuana habitually. But larger studies are needed to confirm these findings, researchers say.

One troubling trend is that more young people are showing up at hospitals with breathing difficulties, Dr. Shahryar Yadegar, a pulmonologist and medical director of the ICU at Providence Cedars-Sinai Tarzana Medical Center in California told Healthline.

"Any type of inhalation of particulate matter, whether tobacco smoke or marijuana, causes inflammation within the airways," Yadegar said. "However, the additives in both, including flavors, preservatives, and pesticides, can be highly variable between cannabis and tobacco products."

The public's attitude on marijuana use has been shifting since the 1970s. In 2011, a majority of the public favored legalizing recreational use for the first time. Public acceptance has continued to rise. Last year, a Pew Research study found 60% of Americans believed marijuana should be legal for recreational and medicinal uses. Another 31% said it only should be legal for medicinal use.

In addition to the 21 states that have legalized recreational cannabis, medical marijuana is legal in 17 other states, including Pennsylvania.

Marijuana can be smoked using joints, bongs, bowls or blunts, though there are other ways to use it. Edibles are often recommended for cancer patients to relieve the severe nausea or vomiting that can happen during treatment. Patients also can take marijuana in pill form or as a patch, powder or topical.