Philly mayoral-debate season comes to its (near) end 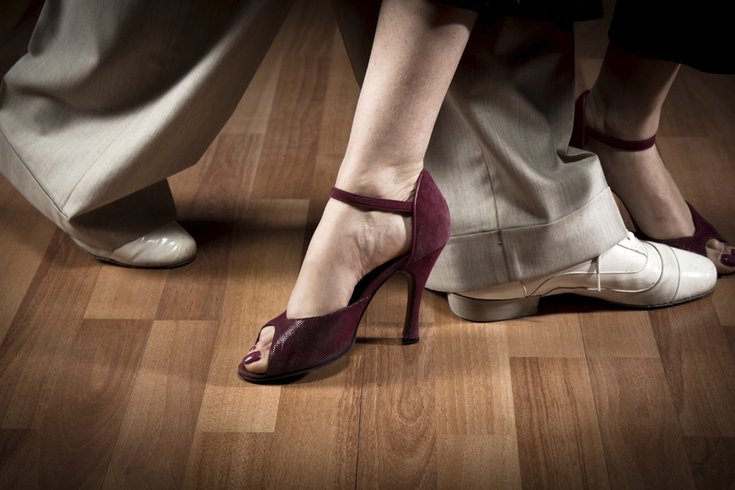 Mayoral candidates Jim Kenney and Melissa Murray Bailey on stage during the Next Mayor debate at Temple University.

Fifteen days before a few voters will head to the polls to formally elect Philly’s next mayor, candidates Jim Kenney (D) and Melissa Murray Bailey (R) sat in red chairs atop a Temple University Performing Arts Center stage and explained why they deserve that title.

Monday night’s debate – which rendered the roughly 150 attendees unable to catch the start of the Eagles/Giants game (really, schedulers?) – marked the end of a long political year featuring more than 85 forums amongst primary season candidates.

(Fine, another one will be taped Friday and aired on 6ABC Sunday, but the Hickey debate-coverage train reached its final destination.)

The #nextmayorPHL debate focused on business and economic development, which makes sense considering the Greater Philadelphia Chamber of Commerce Roadmap for Growth’s involvement.

Thanks to those red chairs – Bailey and Kenney sat side-by-side as did moderators Chris Hepp and Diane Mastrull from the Inquirer – no one passed out on stage on Monday.

After feedback shrieks from the sound system were somewhat addressed, candidates Jim and Melissa – the agreed-upon names for the purposes of this discussion – jumped into the questions.

They talked about the current mayor.

Jim said Mayor Michael Nutter’s greatest success was “the salvation of the city’s economy during the recession.” That’s something that isn’t “sexy or fun,” but necessary. Nutter’s greatest failing? Working together with council.

For her part, Melissa wished that Nutter had “greater transparency” about his plans for the city while a commitment to increasing the graduation rate was a positive mark.

And diversifying a local economy that’s seen only eds-and-meds growth.

Melissa cited her plan to target foreign and West Coast companies to locate their East Coast headquarters here. She would tell them “that Philadelphia is a great place to be.”

Jim spoke about poverty, specifically people who haven’t worked in a long time or those returning from prison seeking a positive path. Industrial-style jobs – like the Port of Philadelphia – would be key.

Then, they delved into a discussion about port modernization and expansion, specifically the estimated $100 million investment needed to expand .

Jim cited the need for coordination of street openings amongst utility companies (i.e. so PGW isn’t digging one week and the Water Department coming in the next). Also, he said, potholes are always of dire interest.

For her part, Melissa talked about water-main and gas-line updates. Also, she said, Philadelphia International Airport could stand to have a few more direct flights to major international cities. “The Singapore airport is a dream,” she said, what with thumbprint-based security streamlining the experience from drop-off to boarding.

And what they’d demand of Comcast’s in the contract-renewal process (if it isn't wrapped up).

Melissa talked about demanding that the company provide jobs via call centers (again). Namely, should the company “onshore” jobs, Philly gets dibs on many of them. Also, the cable behemoth should do more to bridge the digital divide.

On that digital divide, Jim said meager efforts thus far offer slow service in many parts of the city. He’d demand “every zip code” has Internet coverage. (If it’s still up for debate, of course.)

“I’m not here to vilify Comcast,” Jim said, noting that they haven’t lived up to that promise of offering Internet access throughout the city’s poorer neighborhoods.

Jim "sensed a liberation feeling" among people walking, bicycling or skateboarding throughout Center City during Pope Francis' visit. (He has a couple streets in mind for potential car-freedom.)

Melissa said the city needs to do that with purpose. "In the summer, we could close off 13th Street," thanks to an influx of new restaurants.

And the Presidential primary field.

.@melissaformayor: Dem. debate was all white folks while the GOP candidates are the epitome of diversity. (She likes Fiorina). #nextmayorPHL

And hotspots for local development.

Gtown and Chelten cited by @JimFKenney as a place for future development. @melissaformayor shouted out the Reading Viaduct. #nextmayorPHL

In addition to the two candidates invited to the Temple stage, three third-party candidates – Jim Foster, Osborne Hart and Boris Kindij – will appear on the Nov. 3 ballot.