How many meals should a person eat each day? The science isn't clear 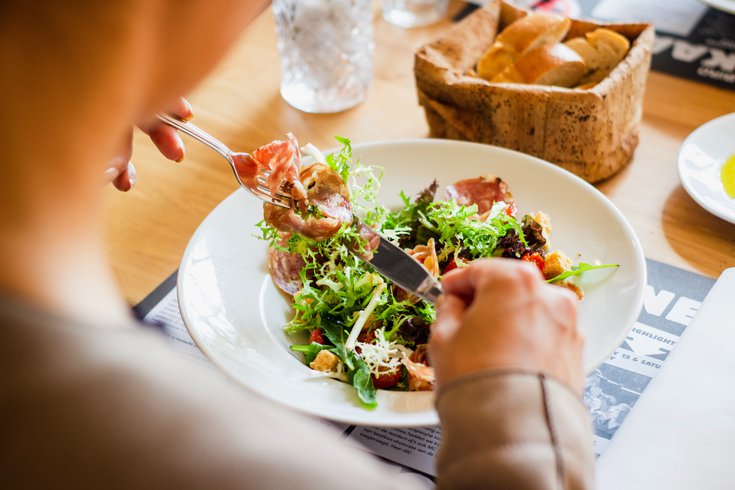 The times that people eat during the day, and how often they do it, can effect their health – just like the type of food and number of calories consumed can. So when are the healthiest times to eat?

For a long time, eating three large meals — breakfast, lunch, and dinner — was the accepted norm in the U.S. Early studies suggested that this pattern was associated with optimal overall health.

There are advocates for both theories, though many scientists say the data is too conflicting to make any definitive claims about the optimal timing and frequency of meals.

Here's a look at what is known:

Are more or fewer meals better?

One 2019 study found that consuming more than four meals a day increases high-density lipoprotein cholesterol – the so-called "good" cholesterol – and lowers fasting triglycerides more effectively. Both of these outcomes are associated with a reduced risk of heart disease.

A review by the American Heart Association also found a link between greater eating frequency and a reduced risk for diabetes and cardiovascular disease.

On the flip side, however, there are studies that show no significant benefits with this eating pattern.

Eating smaller, more frequent meals has been said to increase the body's metabolic rate or the number of calories it burns within a particular time period. It is true that digesting a meal raises metabolism slightly, a phenomenon referred to as the thermic effect of food. But eating three, 800-calorie meals has the same thermic effect as eating six, 400-calorie meals.

Multiple studies have concluded that eating smaller, more frequent meals does not have a significant effect on the total amount of fat lost, either.

Other studies have found that eating six or more meals a day comes with a higher risk of disease than eating only one or two meals per day.

But it is important to note that eating less frequently comes with its own set of possible risks. Some studies have shown it causes weight gain, increases hunger-related hormones and increases cardiovascular risk.

There is also a lot of difference in opinion when it comes to the importance of having breakfast every day. Some studies have shown that making breakfast the biggest meal of the day reduces daily blood sugar levels and lowers a the risk of becoming obese. There is no evidence, however, that it jumpstarts the body's metabolism.

Because most research has been purely observational, direct causation can not be confirmed. What scientists do know, though, is that people who eat breakfast generally have healthier habits overall.

The timing of when people eat is just as important as how frequently they do it. It can affect the circadian clocks in the liver, muscles and fat tissues. The general recommendation is to consume most calories in the daylight hours and avoid late-night eating.

Both the timing and frequency of eating are important factors in intermittent fasting, a diet that calls for abstaining from food at certain times of the day – like only eating dinner or doing longer, 24-hour fasts a couple times each week.

Intermittent fasting has been shown to improve insulin sensitivity, weight loss and other health benefits. It also induces a cellular process that clears up waste that builds up in cells known to speed up aging and increase the risk of disease.

The long-term effects of restricting calories in this way, however, is still not fully understood, and may not be the best practice for everybody.

Because of the lack of consistent data, U.S. dietary guidelines state that there is not enough evidence to determine the relationship between meal frequency and body composition. The same goes for the risk of obesity.

The timing and frequency of meals is more of a personal preference than anything, experts say. But they advise people to be consistent in what they practice. Irregular eating patterns can make maintaining body weight more difficult and lower cardiometabolic health.

Though there are still a lot of unanswered questions when it comes to meal frequency and timing, scientists generally agree on the health benefits of the following three eating habits: