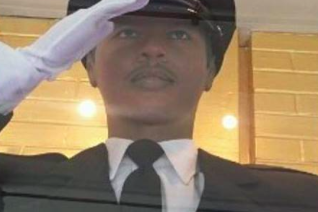 The memorial statues of Sgt. Robert Wilson III (above) and Officer Moses Walker Jr. were unveiled Saturday. The artist and creator, Jonathan Mangual, is a fellow officer.

Officer Moses Walker Jr. and Sgt. Robert Wilson III were both killed in the line of duty.

Walker, a 19-year veteran officer, was killed in 2012 during a botched robbery attempt while walking to a bus stop after his night shift in North Philadelphia's 22nd District.

Wilson, an eight-year veteran of the force, was in a North Philly GameStop store in early March buying his son a birthday present when police say brothers Ramone Wilson, 24, and Carlton Hipps, 29, entered with semi-automatic guns and announced a robbery.

According to police, a shooting broke out between the two suspects and Wilson, who continued to defend the store's patrons, firing back even after being hit multiple times with gunfire. He died as a result of his injuries. 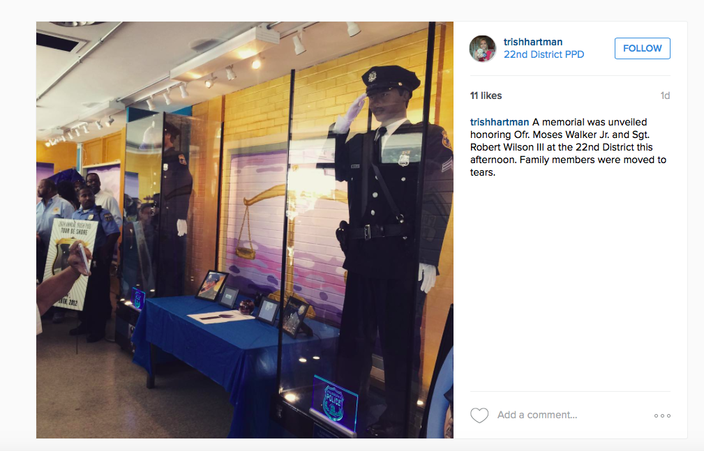