As of 11 a.m. Friday morning, the cheapest pair of StubHub tickets for the Miami exhibition game between Real Madrid and Barcelona was going for $264.

If you wanted to grab a friend and make the last-minute decision to attend the second-ever "El Clasico" played outside of Spain, you'd be looking at $528 in tickets alone, which probably crests $550 if you park a car or buy a hot dog.

That would put you in the nosebleed section of Hard Rock Stadium among other La Liga diehards who probably couldn't name Miami FC's head coach or a single player on the NASL's best team.

It's one of sports' greatest rivalries and a once-in-a-lifetime opportunity to watch a bunch of superstars give an understandably half-assed effort for 90 minutes of meaningless soccer.

That's one front in the soccer war we fight in this country, a multifaceted conflict involving people who are fans of the sport but don't really care about the domestic product.

We always hear about the "s*** football" played in America, while Eurosnobs flock to local watering holes to watch Arsenal drop points at Selhurst Park. It's highly unlikely that the guy who pays $120 for a brand new Lacazette jersey would also shell out $30 for a Philadelphia Union ticket.

Sure, part of the problem is definitely internal. These people aren't wrong when they say that MLS is an inferior product, but I don't think anyone is out there claiming otherwise. The flaws of the American game are well-documented and easy to identify. We've got a long way to go.

But while the Philadelphia Union might be mediocre, they're Philadelphia's team, which is important for the thousands of soccer fans who grew up in this area without a club to support. The Delaware Valley has a rich history of cheering for teams that underwhelm and disappoint, so the Union are a natural fit.

I've never understood the idea that MLS and foreign football fandom are somehow mutually exclusive. Why can't you support your local team and your favorite Premier League team? That goes for both existing soccer fans and the "four for four" Cottman Avenue-type who might be warming to the sport, just a little bit.

I'd imagine that a decent chunk of local soccer families probably follows that sort of routine.

I wrote about the El Clasico topic a few months ago when the game was announced, and one of the issues people brought up in the comments is the idea that having these exhibition games might increase the profile of the sport in this country.

That's certainly true, and it might mean that a kid who doesn't really care about soccer might become a fan of the game if he gets to watch Cristiano Ronaldo and Neymar Jr. in person. He might ask for a Barcelona jersey at Christmas and a subscription to beIN sports.

We're trying to cultivate MLS support and steer attention to local clubs and local programs. Adding 25 million Real Madrid fans to the American populace does nothing to improve our domestic product, our national team, or our status as a soccer-playing country.

It's also intrinsically American to want to be the best, and work and grind and hustle to improve the things that we aren't so good at.

Quick story, I was at a local soccer facility last week, and I walked upstairs to a waiting area featuring televisions airing different matches. A couple of young, Hispanic children were watching the friendly between Barcelona and Manchester United on one TV, while a screen showing the Union and Columbus game had zero viewers. 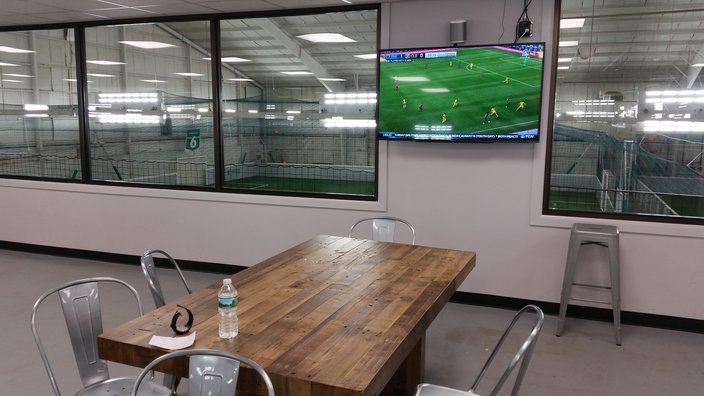 Kevin Kinkead/for PhillyVoice
This is a typical site all over the region, where nobody is watching the Union or you have to ask the manager at the sports bar if they can please just put the damn game on one of their 45 TV screens.


Ideally, you'd like impressionable young fans to care about the team in the city where they actually live, right? My observation is that there's a large portion of Philadelphia soccer fans that don't care about the Union, judging by the amount of foreign team apparel I see at bars, pickup games, and youth soccer tournaments.

As a sidebar, it's accurate to say that the Union have done a lackluster job marketing to minority communities in our region, but that's another story for another time.

I might watch El Clasico on TV just for the spectacle, but I'd never pay $500 for a ticket to that scam, not when I can buy MLS season tickets for $350 or take 18 friends to Citizens Bank Park to watch the Phillies. I could buy UFC 214 for $59.99 or go to the Primus and Clutch concert at the Festival Pier for $40, plus a scandalous, $14.75 "service fee". I could just go down to Sea Isle City and get hammered off cheap beer for a fraction of the cost.

I care about improving the American product, and you should too.