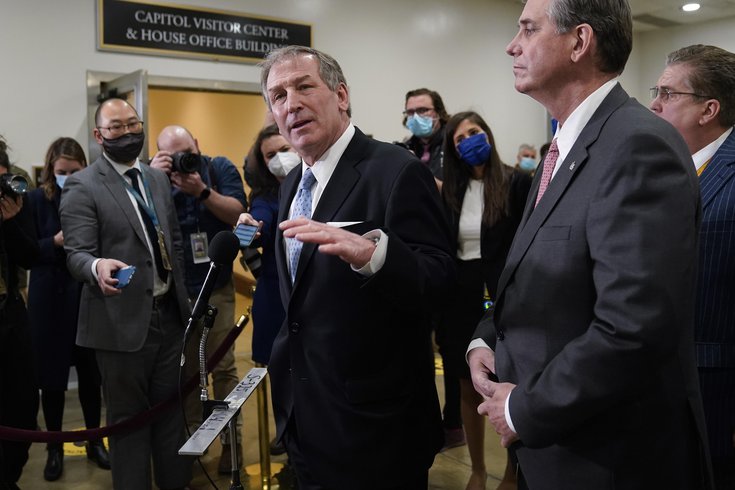 Michael van der Veen's 'Phillydelphia' pronunciation came during a debate on Saturday over whether former President Donald Trump's impeachment trial would call on witnesses to testify.

Michael van der Veen, the Center City attorney who represented former President Donald Trump during his impeachment trial, caught people off guard when he mispronounced Philadelphia as "Philly-delphia" during a speech on the Senate floor.

But van der Veen explained that his odd way of saying the city's name is intentional.

"Philly-delphia is something I say often, it's actually a point of oration," van der Veen told CBS3. "Often I will pronounce something differently to make an effective point. Folks in my office or my kids will tell you I always talk about Philly-delphia."

"It's because he's from New England and I'm from Kensington, and I say Philadelphia," Brennan said to CBS3.

Van der Veen said "Philly-delphia" during the debate on Saturday over whether the impeachment trial would allow witnesses to testify.

His pronunciation, as well as his demand that any witness depositions take place at his Center City office, drew laughs from senators. He was left confused as to why lawmakers were chuckling at him.

Van der Veen set social media on fire. Among those who tweeted about it was "It's Always Sunny in Philadelphia" star Rob McElhenney.


If anyone is looking for a deposition venue in Phillydelphia pic.twitter.com/zg3Wc3C0k3

Despite being made fun of on social media, van der Veen was victorious as Trump was acquitted by the Senate. Van der Veen took credit for what he called a "dead bang winner argument."

Van der Veen has been the target of more than just jokes since he joined the former president's legal team. He has received death threats and now has security detail at his Center City office. Also, van der Veen's West Whiteland, Chester County, home was vandalized with graffiti last Friday night. The word "Traitor" was painted in red at the front of the driveway.

The Senate voted 57-43 to convict Trump of inciting the Jan. 6 insurrection of the U.S Capitol, but the votes were short of the two-thirds majority needed to hold him responsible. All 50 senate Democrats and seven Republicans, including Pennsylvania Sen. Pat Toomey, voted for conviction. At least 10 more votes in favor would have been needed.