Rep. Brian Sims, of Philly, to run for Pa. lieutenant governor in 2022

The outspoken, progressive lawmaker said it's time to put his values — empathy, courage and authenticity — in 'direct service' of the governor 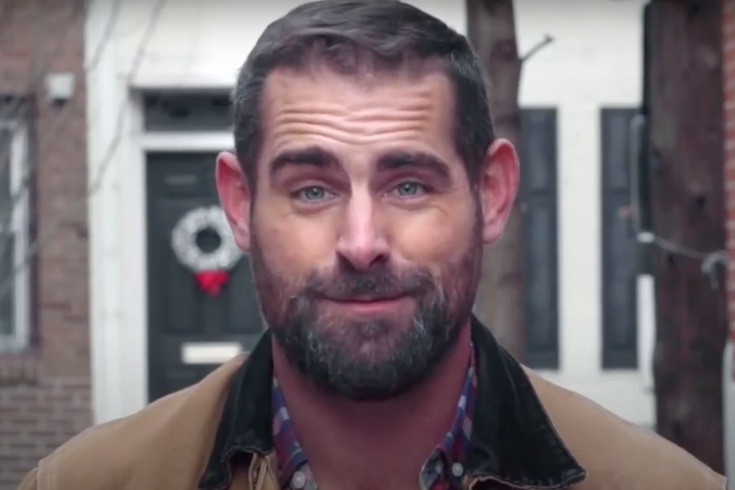 'We need adults in the room and I want to bring bold, visionary leadership based on lived experiences and shared values to the commonwealth,' Rep. Brian Sims says in his lieutenant governor campaign announcement.

State Rep. Brian Sims has thrown his hat into the 2022 race for Pennsylvania's lieutenant governor.

Sims, 42, of Philadelphia, announced his candidacy in a video released Monday, saying he aims to bring "bold, visionary leadership based on lived experiences and shared values."

"I think every day about the values that my Army officer parents instilled in me," Sims said. "To take responsibility, to show empathy, to have courage and to be authentic. I want to put those values to the direct service of the commonwealth.

"I have a lot of hope when I look at the people across the country that decided over these last number of years that they'd had enough. That they looked at a lack of leadership and thought that they could do better, because oftentimes they're right. We are the antidote to broken politics."

Sims, a Democrat, has served the 182nd District since he was elected in 2012. The district consists of Rittenhouse, Fitler Square, Logan Square, the Gayborhood and parts of Washington Square West, Bella Vista, Hawthorne and East Passyunk.

Democratic Lt. Gov. John Fetterman announced last week that he is running for the U.S. Senate seat being vacated by Republican Pat Toomey in 2022. That makes for an open race for the position.

A lawyer by trade, Sims is known for his work as an LGBT rights activist. He became the first openly gay person elected to the General Assembly and serves as co-chair of the LGBTQ Equality Caucus.

During his tenure in Harrisburg, Sims has worked on legislation to legalize same-sex marriage and to ban conversion therapy in Pennsylvania.

As an attorney, Sims served as the president of the LGBTQ advocacy group Equality Pennsylvania and as the chairman of Gay and Lesbian Lawyers of Philadelphia. Sims was previously a member of the Gay & Lesbian Victory Fund's campaign board.

Sims is among the more progressive members of the General Assembly. He supports efforts to make health care more affordable, expand civil rights and invest in alternative energy solutions, among other causes.

He, who frequently is outspoken on social media, also hasn't veered from confrontations. He once posted a photo of him giving former Vice President Mike Pence the middle finger during a protest decrying the Trump administration's family separation policy at the U.S. border with Mexico.

Last May, Sims accused GOP leadership of trying to cover up the COVID-19 diagnosis of Republican Rep. Andrew Lewis, of Dauphin County, who continued to work at the Capitol after testing positive. Attorney General Josh Shapiro, a Democrat, opted against investigating the issue.

In 2019, Sims was criticized by conservatives for filming himself yelling at an anti-abortion demonstrator outside of a Planned Parenthood clinic in Center City. His actions drew national attention, with U.S. Sen. Ted Cruz, of Texas, calling his videos "hateful."

The lieutenant governor is elected to a four-year term in Pennsylvania. The position is first in the line of succession to the governor and is responsible for presiding over the state Senate.