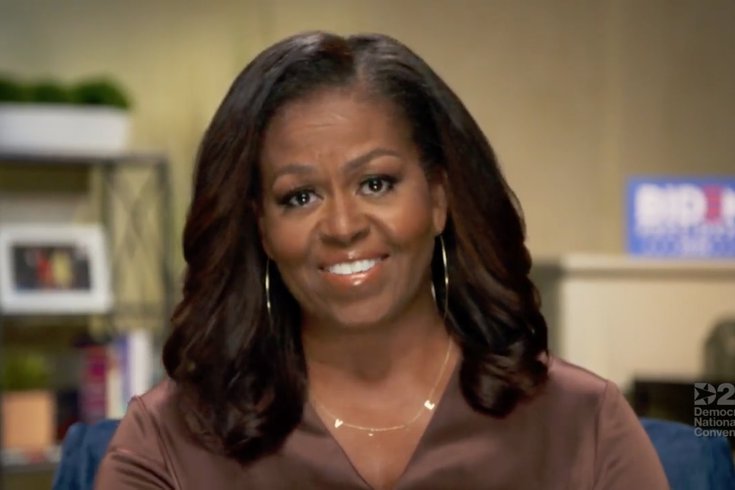 Former First Lady Michelle Obama is partnering with Philabundance to distribute thousands of meals to Philadelphia families struggling with food insecurity during the month of August. The effort is part of Partnership for a Healthier America's push to hand out 1 million meals across the country.

Thousands of Philadelphia families struggling with food insecurity will soon receive meal kits through a collaboration between former First Lady Michelle Obama and the Partnership for a Healthier America (PHA).

Obama on Tuesday announced via Twitter that her company, Higher Ground Productions, and the PHA are joining forces with Philabundance to distribute 240,000 meals to 5,000 food-insecure families across the city in August. With the COVID-19 pandemic exacerbating food insecurity in Philadelphia, the additional meals being distributed "could not come at a better time," said Loree D. Jones, CEO of Philabundance.

I'm excited to announce that Philadelphia will be our next partner city for our Pass the Love campaign with @PHAnews! We’ll be distributing healthy meal kits to families soon, and with your support, we can reach even more families in need. Donate at https://t.co/s0WCBvE8HK. pic.twitter.com/vVEugZL1Io

In July 2020, Philabundance reported seeing a demand increase by 50% to 60% in areas of the city that traditionally struggle with food insecurity, according to the Philadelphia Tribune. The organization was on track to give out an average of 2.25 million pounds of food a month through its network of 350 partnering agencies, compared to averaging 1.25 million pounds a month prior to the pandemic.

The initiative will target communities with the highest levels of childhood poverty, as identified by the Annie E. Casey Foundation, according to a news release from Philabundance. Of the families that come to the Children’s Hospital of Philadelphia’s (CHOP) Emergency Department, one-third report being food insecure, said Madeline Bell, the hospital's president and CEO. CHOP has been tasked with studying the impact of the "Pass the Love" campaign in Philadelphia and other cities that have been the recipient of meals, including Atlanta, Cleveland and Detroit. Researchers are expected to publish a report with their findings next spring.

"Nearly one in five Philadelphians do not have enough healthy food to eat to live a healthy lifestyle," Bell added. "... While we offer a number of programs that address hunger and food insecurity among Philadelphia’s children, this effort presents us with a unique opportunity to join this partnership and help families in our community tackle food insecurity."

In addition to providing much-needed relief to food insecure families, the "Pass the Love" initiative hopes to teach families new cooking skills. The meal kits will be inspired by "Waffles + Mochi," a Netflix culinary series for children featuring the former first lady that made its debut in March.

"When we were thinking about cities that might make a great partner for our 'Pass the Love' campaign, we realized what place could be better than the City of Brotherly Love," Obama said.