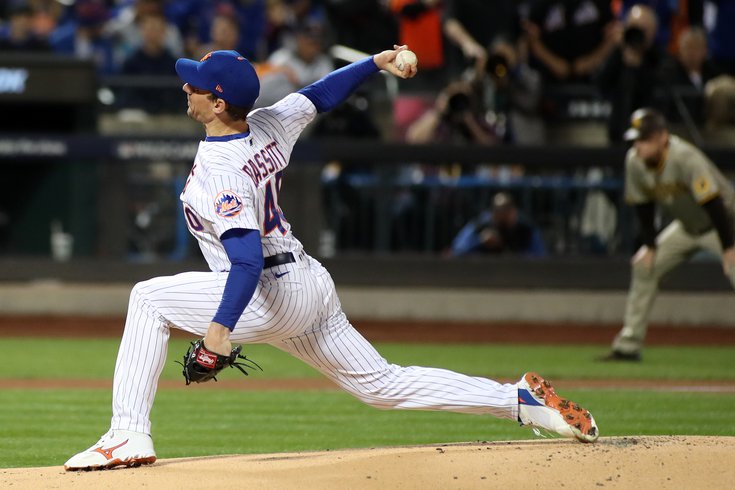 Are the Phillies still in the market for a big name starter?

It happened Friday in the evening so you probably missed it.

With free agency in full swing and the Phillies, technically, only sporting four starting pitchers on their current roster, it stands to reason that the team might bring in another free agent — days after spending $72 million on a four year deal with Taijuan Walker.

Which is why it was quite interesting to see free agent starter Chris Bassitt posting on Instagram that he was in Philadelphia Friday night.

If I had to guess, I'd say free agent pitcher Chris Bassitt appears to be in Philadelphia.

It didn't take long for Bassitt to try and cover his tracks, posting this on his IG not long after the picture from downtown Philly went up:

It hasn't been confirmed that Bassitt was, indeed, in Philadelphia but those two posts make it seem likely that he is, or was.

Reports suggest that Bassitt is seeking a multi-year deal and it would make little sense for it to come from the Phillies, who have made it clear they want to keep a spot in the rotation open for one of their stud prospects — like Andrew Painter or Mick Abel. Bringing in a vet to add depth on a one year deal to give their youngsters some time in the minors does make sense, but that seems like the kind of deal the Phillies would strike later in free agency.

But you never know. You can never have too much pitching and if the right opportunity comes along with Bassitt, the Phils front office would be stupid not to bring him on board.

It will be interesting to see what, if any moves remain after the Phils added Walker, Trea Turner and Matt Strahm during the Winter Meetings earlier this week.