The most hated Christmas candies are... 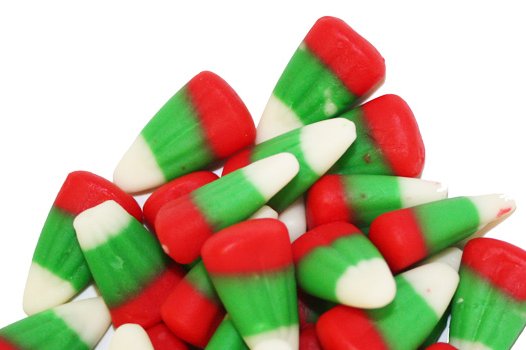 I mean, had you ever even heard of 'reindeer corn' before seeing this survey?

Have you ever wondered what kinds of Christmas candies are widely loathed during this season of joyous celebration?

Whether you answered yes or no to that question above, you are in luck. The good people at CandyStore.com surveyed some 13,000 customers to get to the bottom of this very important query related to seasonal sales approaching $2 billion.

While its “Definitive Ranking of Worst Christmas Holiday Candies” is anything but that – this, because peppermint candy canes earned “honorable mention” status despite being a wonderful candy – perhaps you’ll agree with their findings.

We won’t break down the entire list here for you. For that, you can check CandyStore’s post.

Here are a couple highlights, though:

-- Old-Fashioned Hard Candy Mix was deemed the tenth worst Christmas candy. Among the comments that landed it there? “F*** these things.” This is a spot-on assessment.

-- Peeps took the No. 3 spot. That should sting Peeps enthusiasts, who are legion around Easter.

-- I don’t even know what “reindeer corn” is, but enough people did to have it rank as second-worst Christmas candy.

-- What was the worst Christmas candy according to this survey? Christmas Tree Nougat. 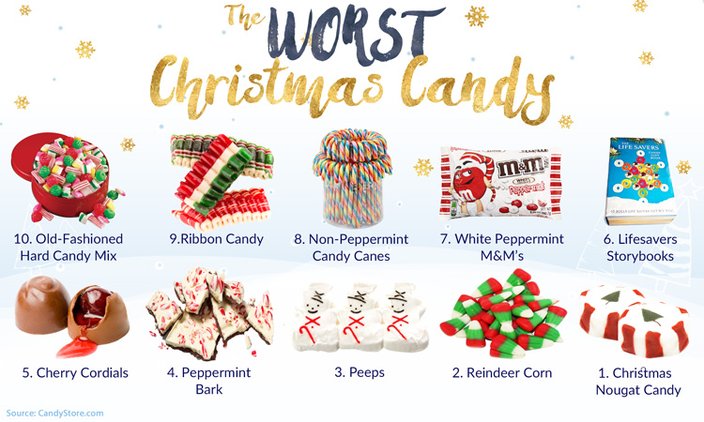 CandyStore.com surveyed 13,000 customers to determine which Christmas candies are the least liked sweets.

So there you have it. Before we part ways on this post, though, the folks at CandyStore also offered a very good suggestion for how to take the edge off the holiday season on National Candy Cane Day, which falls on December 26.

That’s right, they offered a handful of suggestions on how to infuse your vodka drinks with Starbursts, Skittles, Candy Canes, Jolly Ranchers, Butterscotch, Lemonheads and more.

Use this information as you deem fit.