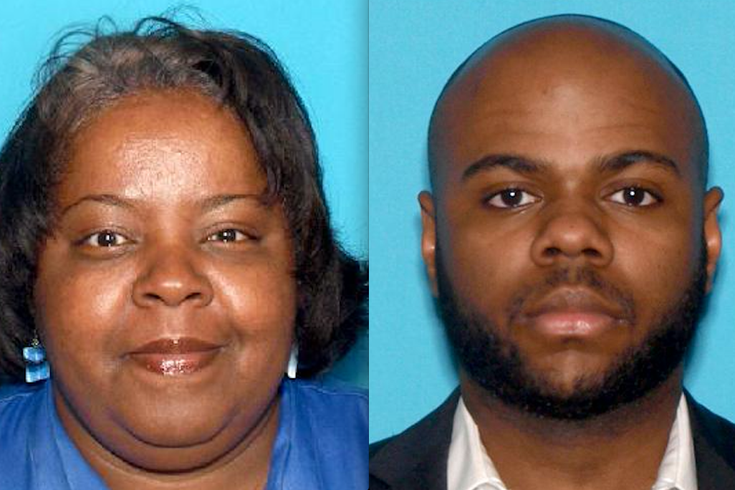 Investigators allege Lisa Smith, 51, and her son, Kristian “Frank” Edmonds, 28, gained access to properties by stealing keys left in real estate lockboxes or by changing the locks entirely on vacant homes. These properties then allegedly were rented or sold to unsuspecting people, police said.

A mother and son are charged in an audacious real estate fraud scheme across South Jersey, accused of renting or even selling, foreclosed properties to which they illegally gained access, investigators said.

The Camden County Prosecutor’s Office alleges that Lisa Smith, 51, and her son, Kristian “Frank” Edmonds, 28, gained access to the properties by stealing keys left in real estate lockboxes or by changing the locks entirely on vacant homes.

In some incidents, the buildings' utilities allegedly were illegally turned back on and winterization stickers were scraped off. Some victims reported learning that the plumbing had been removed from the property only after moving in, investigators said.

Smith, a Philadelphia resident who also goes by the name Lisa Edmonds, is charged with three counts of third-degree theft by deception. Additional charges are pending.

In two cases, authorities allege that she posed as a real estate agent and created a fictitious real estate purchase agreement for two properties in foreclosure. One address she used was in Collingswood, another in Turnersville and third in Philadelphia, police said.

Both transactions occurred in April 2015, according to authorities. Neither victim ultimately obtained the property they attempted to buy – nor got their money back.

In a third case, Smith is accused of taking $3,000 from a victim in September 2015 for a rental property in the Avandle West Development of Sicklerville.

Smith also is charged with one count of third-degree burglary for allegedly entering a foreclosed home in Woodlynne.

Kristian Edmonds, her son, whose last known address is in Sicklerville, is charged with one count of third-degree burglary for allegedly entering a foreclosed home in Winslow while falsely posing as a Realtor.

An investigation revealed that the suspects were conducting these transactions under the business names of Sterling Realty Investments and REQ (Real Estate Queens) Realtors, located respectively at 128 Chestnut St. in Philadelphia and 571 Black Horse Pike in Turnersville.

State records show Smith’s real estate license, as well as her eligibility for a broker’s license, were revoked for life in March 2010.

Sterling Realty Investments had its business license revoked by the state for not filing reports in 2009.

Anyone who believes they are a victim of these companies or suspects is urged to contact Camden County Prosecutor’s Office Detective Grace Clodfelter at 856-225-8479.