'The Shot' made college basketball history in Philly 30 years ago 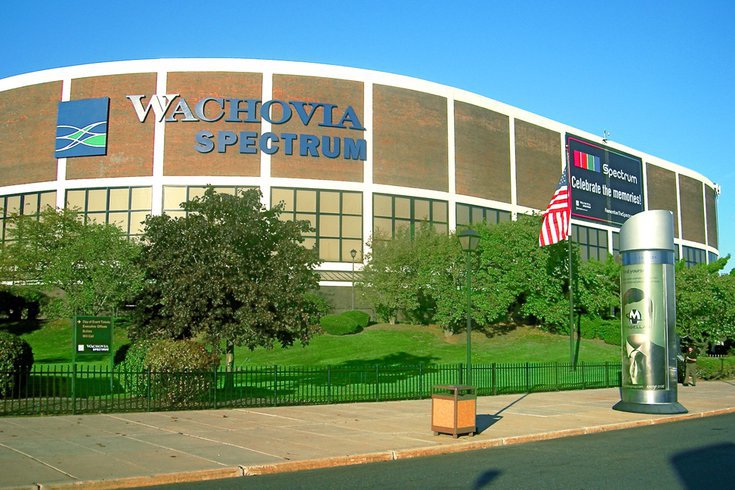 On March 28, 1992, 30 years to the day this upcoming Monday, perhaps the greatest game in college basketball history occurred. Right in the heart of South Philadelphia at the iconic (and now demolished) Spectrum, Kentucky and Duke squared off in an Elite Eight matchup in the East Regional Final of the NCAA Men's Basketball Tournament.

It has become known simply as "The Shot" because of its game-ending play in overtime.

You know the one. Duke trailing 103-102 with just 2.1 seconds remaining and needing to go the length of the court for a bucket. Grant Hill is inbounding. He throws the best pass Philadelphia would see until Nick Foles' flea flicker touchdown in the 2017 NFC Championship Game. All-American forward and eternal college hoops villain Christian Laettner catches it at the opposite free throw line. He fakes left, dribbles right and the turnaround jumper beats the buzzer for the 104-103 Blue Devils win.

The Spectrum, in all its glory, was host to what is likely the greatest college hoops play ever.

The win sent Duke to their fifth-consecutive Final Four. After falling in the Final Four in both 1988 and 1989, the Blue Devils lost in the 1990 National Championship to UNLV. They redeemed themselves in 1991, beating Kansas for the school's first ever national championship. Duke followed up this legendary victory in Philly with wins over Indiana and Michigan to clinch back-to-back titles. It was this Duke run that sent coach Mike Krzyzewski into the pantheon of college coaches, Hill on the path to NBA stardom and solidified Laettner as one of the best collegiate players in history.

Philly has hosted the East Regional three times since '92. Coincidentally, Duke won the regional again in 2001. In 2016, North Carolina won their Elite 8 game in Philadelphia over Notre Dame, advancing to the title game, where they would lose to Villanova on Kris Jenkins' game-winning three-point shot.

The third time? SUNDAY! All-time Cinderella squad Saint Peter's takes on North Carolina. Will a blue blood program like the Tar Heels continue their hot streak or will the Peacocks continue to pull off the wildest tourney run ever? Whatever the answer may be, it's thrilling that all happens in Philadelphia.