Police said he pulled the woman out with one hand 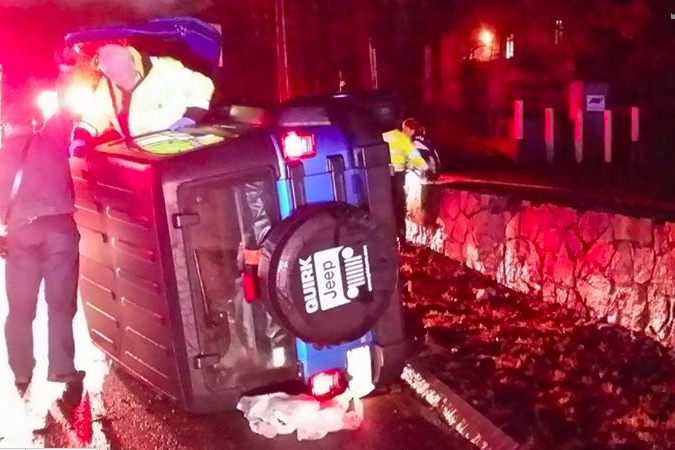 Vince Wilfork rescues a woman from a flipped vehicle.

New England Patriots defensive tackle Vince Wilfork is being credited with helping to rescue a motorist from a flipped car.

When Massachusetts State Police arrived at an accident at 12:45 a.m. Monday morning, they witnessed Wilfork beside the vehicle checking on the driver. Trooper Kenneth Proulx and Wilfork opened the door, and then Wilfork pulled 38-year-old Mary Ellen Brooks out with one hand.

Wilfork said it "wasn't a big deal," but it reminded him that Sunday's win over the Indianapolis Colts, while thrilling, isn't the single most important thing.

" I didn’t think about anything that was going on at my life at the time ... the only thing I thought about was seeing somebody in there and getting [her] to safety," he said. "There’s some things I [have done] that are more important, and that showed last night."