Gov. Phil Murphy enshrined abortion rights in New Jersey state law earlier this year in advance of the ruling, which advocates were expecting 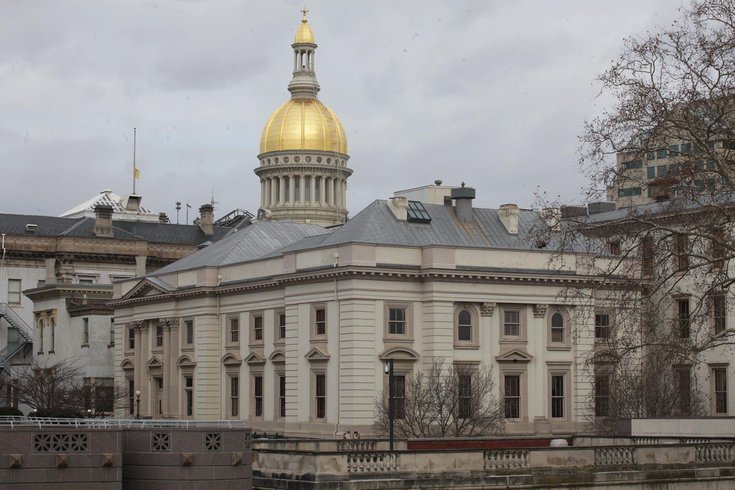 As the Supreme Court moves to overturn landmark case Roe v. Wade, New Jersey lawmakers are seeking to expand their state's abortion rights, making the procedure more affordable and attainable for those in-state and out-of-state.

In the months since Murphy signed the "Freedom of Reproductive Choice Act," the governor and several other Democratic lawmakers have sought to expand abortion protections for residents of New Jersey, as well as abortion seekers traveling into New Jersey to access reproductive health care in the wake of the decision.

Many of those efforts have turned out to be ultimately unsuccessful, with some unpopular even among Democrats in the state legislature. In the days since Roe v. Wade was overturned, Republican lawmakers in New Jersey have proposed bans in the event that the party takes control of the Democrat-led legislature.

On June 20, Assemblywomen Mila Jasey and Shanique Speight introduced two bills aimed at turning New Jersey into a "sanctuary state" for abortions, and making abortions more affordable for those seeking out reproductive care. Both bills were immediately referred to the Assembly Health Committee, and would expand abortion protections in New Jersey as other states seek to restrict or ban abortions altogether.

Speight's bill — A4363 — would establish a system for both in-state and out-of-state abortion seekers to be protected while they access reproductive health care in New Jersey. Those who travel into New Jersey from states that have outlawed the procedure would be able to obtain an abortion safely and legally in New Jersey, without state agencies cooperating with interstate investigations into abortions.

The bill would also establish New Jersey as a sanctuary state for IVF – in-vitro fertilization — which can result in nonviable pregnancies in some cases. Speight notes in the bill that she is concerned that "anti-abortion states defining life as beginning 'at conception' may ban or restrict technologies like IVF."

This has been a concern echoed by many abortion rights advocates and IVF patients, many of which have expressed worries that IVF treatments for infertile people seeking to become pregnant may become more difficult to access in the wake of the Supreme Court ruling.

The bill was introduced just days prior to the Supreme Court's 6-3 opinion, which was released on Friday. Following the landmark overruling, Speight released a statement on the impact of the collapse of Roe v. Wade.

"The reversal of a landmark decision which, for half a century, has been the cornerstone of protecting a woman's right to make decisions about her body will bare unfortunate consequences for generations to come," said Speight. "This decision not only impacts women's right to choose, but it also distinctly bares down on those who are low income, lack access to adequate reproductive health care, and those whose options are limited."

If passed, the program would cost $20 million to implement, split for three purposes. $5 million would help expand training for abortion providers within established clinics. Another $5 million would establish the Reproductive Health Security Grant program, which would provide funding to clinics most at-risk for violence from anti-abortion activists.

Lastly, $10 million would be granted to form the Reproductive Health Care Facility Grant program, which would provide additional funding to clinics that offer reproductive health services.

The bill also includes health insurance funding for abortion, with religious exemptions available for some insurers. It requires state programs that include benefits for pregnancy and prenatal care also provide benefits for abortion care.

It also prohibits the governor from complying with extradition demands from other states against those who have accessed abortions in New Jersey but are being charged in their home state.

The bill received praise from the Planned Parenthood Action Fund of New Jersey, which called on New Jersey lawmakers to be "reproductive health champions" in the wake of the Supreme Court decision in Dobbs v. Jackson.

"We encourage our legislators to address all of the very real gaps in access to abortion care that many New Jerseyans face," said Kaitlyn Wojtowicz, president of public affairs at PPACT New Jersey. "A right that cannot be exercised isn't worth the paper it's written on. Every New Jerseyan — regardless of where they live, their income, or immigration or insurance status — must have the resources and access to make their own decisions about birth control, prenatal care and abortion with dignity."

The bills head to the Assembly Health Committee, where they will be read and voted on in the coming weeks and months.