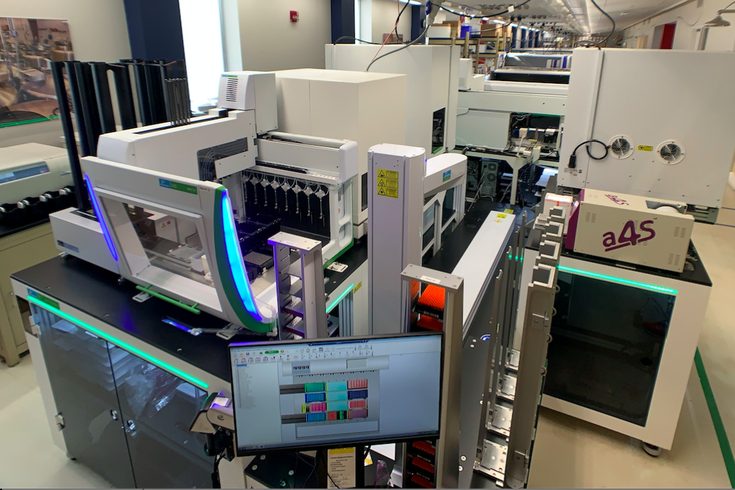 The use of Rutgers University's saliva-based, COVID-19 testing system is expanding across New Jersey.

COVID-19 testing will be available to all New Jersey inmates and prison staff as soon as the end of next week, Gov. Phil Murphy announced Thursday.

The state Department of Corrections is partnering with Rutgers University to provide saliva-based tests to thousands of prisoners and correctional officers, according to NJ Advanced Media. Non-congregate shelters also will be made available for prison staffers who have been exposed to the coronavirus.

“This is a necessary step as we continue our overall fight,” Murphy said.

In an effort to mitigate the spread of COVID-19 in state correctional facilities, New Jersey previously began releasing nonviolent inmates deemed to have a higher risk of developing severe coronavirus complications. Inmates from county jails also have been released.

Additionally, all New Jersey Transit employees soon will be eligible for COVID-19 testing at the American Dream testing site in North Jersey. N.J. Transit is hoping to set up similar testing sites for its workers in both Central and South Jersey, Murphy said.

“This is critical to enhancing public confidence in our mass-transit system,” Murphy said.

State officials are attempting to double New Jersey's testing capacity by the end of May as part of Murphy's reopening plan. He eventually wants all residents to have the ability to be tested quickly, but essential workers, health care personnel and vulnerable populations will remain a priority.

New Jersey has performed the fourth-most COVID-19 tests in the country. It currently has 104 testing sites across the state. Thirty-one of them are publicly-accessible.

Rutgers has developed a saliva-based testing system, a safer method for the health care providers conducting the tests. The test could scale up to tens of thousands of samples daily across the United States with the help of automated lab technology that can rapidly process results.

The saliva test already has been implemented in the state’s health care systems, at several drive-thru testing sites catering to first responders and at New Jersey’s five developmental centers for adults with intellectual disabilities.

The state reported an additional 2,633 new coronavirus cases on Thursday, bringing New Jersey’s total to 118,652. There have been 7,228 deaths.

South Jersey has 9,701 cases and 408 deaths. But its infection rate is increasing faster than those in North and Central Jersey.

State officials reported 6,137 people were hospitalized with the coronavirus on Thursday, the fewest number since April 2. Hospitalizations caused by COVID-19 have dropped by 15% over the last week.

There are 1,765 patients in critical or intensive care. Ventilator use is down to 1,271 — the lowest it has been since April 4.