Remdesivir could be authorized as emergency COVID-19 treatment, report says 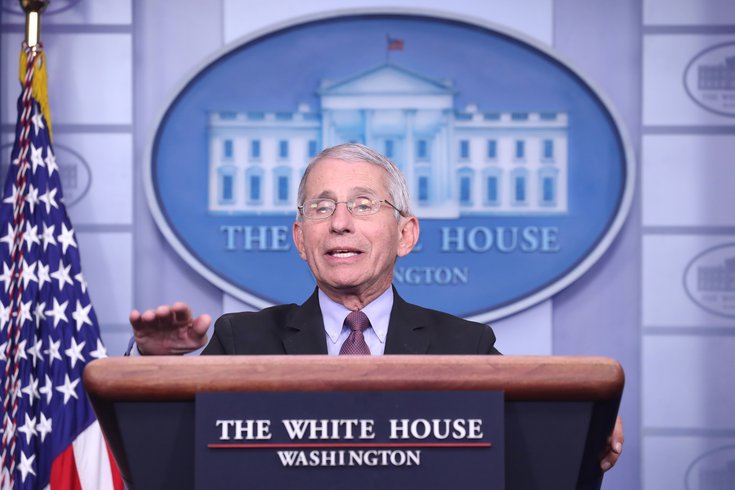 The drug remdesivir sped up the recovery time of COVID-19 patients in a clinical trial conducted by the National Institute of Allergy and Infectious Disease. But NIAID Director Dr. Anthony Fauci says the drug is not a 'knockout' treatment.

The antiviral drug remdesivir appears effective against treating COVID-19 according to a clinical trial conducted by the National Institute of Allergy and Infectious Disease.

The experimental drug sped up the recovery time of COVID-19 patients, leaving U.S. health officials optimistic about its possibilities. But Dr. Anthony Fauci, head of the NIAID, cautioned that it is not a "knockout" treatment.

“It is a very important proof of concept, because what it has proved is that a drug can block this virus,” Fauci said Wednesday. “This is very optimistic.”

The U.S. Food and Drug Administration likely will authorize remdesivir for emergency use, a senior official told The New York Times.

The NIAID issued a statement outlining the study's preliminary findings and acknowledging efforts to potentially expand the use of the drug, which was developed by Gilead Sciences.

"As part of the U.S. Food and Drug Administration's commitment to expediting the development and availability of potential COVID-19 treatments, the agency has been engaged in sustained and ongoing discussions with Gilead Sciences regarding making remdesivir available to patients as quickly as possible, as appropriate."

The results of the trial came less than a week after the initial findings of a Chinese study were accidentally published by the World Health Organization.

Those findings were not as favorable. Researchers found remdesivir performed no better than a control group when tested on people with severe COVID-19 complications.

But the U.S. study involved a greater number of patients and was considered more rigorously designed.

The median recovery time for patients treated with remdesivir was 11 days. It was 15 days among patients who received the placebo. More comprehensive data is expected to be released at a later date.

Remdesivir was first used as an experimental treatment for Ebola, but it was ineffective.

Scientists believe the drug acts directly on the coronavirus, which differs from other potential therapies that attempt to reduce the body's autoimmune response to the infection. The drug is administered intravenously for 10 days.