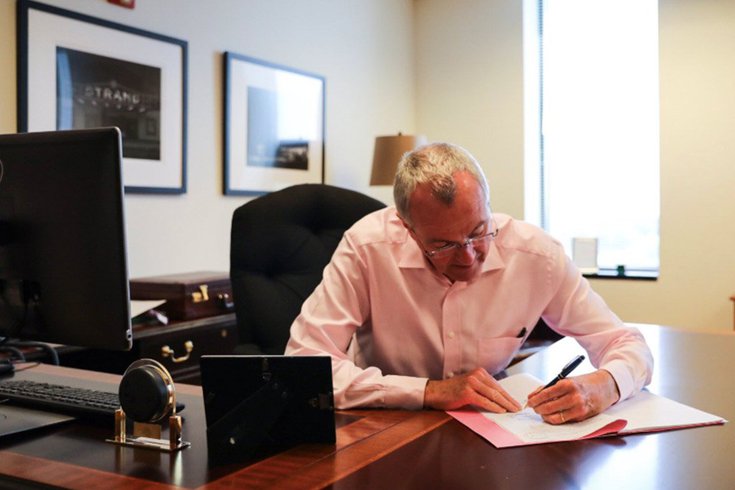 Gov. Phil Murphy signed legislation Thursday allowing New Jersey to borrow up to $9.9 billion to offset budget woes caused by the COVID-19 pandemic. But Republican legislators attempted to block the measure – which they say is unconstitutional – by immediately filing a lawsuit in the Mercer County Superior Court.

The COVID-19 Emergency Bond Act allows New Jersey to bond up to $2.7 billion through September and another $7.2 billion between October and June 30. The borrowing bill is intended to help the state cover projected revenue shortfalls in the current and next fiscal years.

"The passage of this legislation is an important step in New Jersey’s recovery from the economic ravages of the COVID-19 pandemic," Murphy said in a statement. "While this is by no means a silver bullet, the ability to responsibly borrow is essential to meeting our fiscal needs in the coming year."

Murphy, a Democrat, said the state plans to borrow only what it needs to recover from the recession. He previously said it is "too early to tell" how the state specifically would spend the money.

Senate and Assembly members approved the legislation along party lines.

Republicans opposed the bill, questioning whether the state can legally borrow money to cover operating expenses. They argued that the bill ignores a constitutional requirement requiring voter approval of new debt. They also raised concerns about the length of the bonds, noting taxpayers could be on the hook for 35 years, NorthJersey.com reported.

The nearly $10 billion being borrowed amounts to about a quarter of the state's annual budget.

A group of Black lawmakers wanted the bill to require minority membership on a four-person committee that will approve the bond sales. But no provision was added.

Democratic Assemblyman Jamel Holley and others said they were looking for a "seat at the table," reported NJ.com.

"What I asked for today was for fair representation of African Americans, Latinos, Caucasians, diversity on a commission that will ultimately direct whatever funds that will be received from the federal government so that everyone has a fair and equitable seat at the table," Holley said.