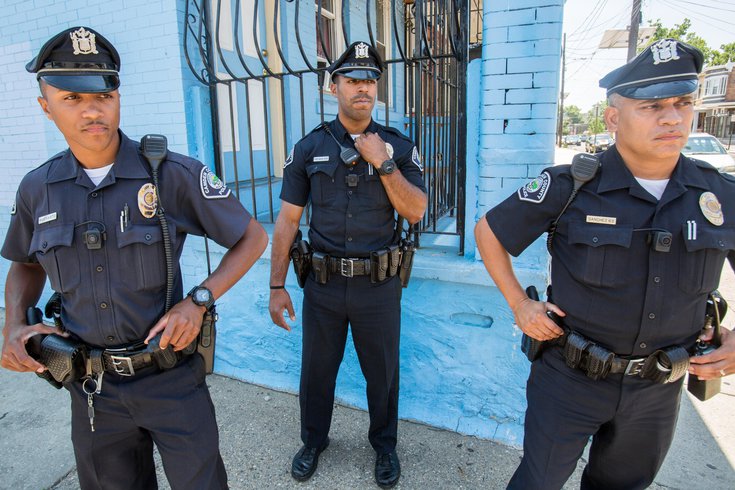 Less than half of the state's 537 law enforcement agencies provide at least some officers with body cameras, according to a state survey in September.

The funding is designed to help police departments that do not have the financial resources to provide their officers with body cameras due to the COVID-19 pandemic, Senate President Steve Sweeney said.

"The statewide use of body cams will be a significant step in achieving reforms that improve the criminal justice system and make real progress in social justice," said Sweeney, a Democrat whose district includes portions of Gloucester, Salem and Cumberland counties.

"The public and the police are protected by having body cameras. They help safeguard the officers and the citizens they interact with by producing an accurate record of their interactions. A picture is worth a thousand words."

The funding allocation completes a trio of police reform bills signed into law.

Last month, Murphy signed a law requiring all uniformed officers wear a body camera and another that outlined video storage and usage rules. But the program was dependent on funding provided by the state legislature. This third law covers that.

Murphy also signed an executive order to establish a working group to provide recommendations on the best ways to implement body cameras and identify potential barriers.

The laws were supported by the state's police unions. Body cameras advocates say they increase transparency among police officers.

The body cameras must be activated when officers respond to a service call or initiate a law enforcement or investigative encounter.

If the camera cannot be immediately activated, officers are required to turn it on at the first opportunity to do so. They must notify subjects that the camera is on. It can be deactivated under certain conditions, if a subject requests so.

Body cameras can only be in limited use when officers are at schools, medical facilities and houses of worship in order to protect the privacy of civilians.

Officers who are working undercover assignments, meeting with informants or performing administrative and non-uniformed duties are exempt from the mandate.

Earlier this year, Attorney General Gurbir Grewal signed a directive requiring law enforcement agencies publish an annual list of officers who had been fired, demoted or suspended for more than five days due to a disciplinary action. It also ordered each agency to release its first list by the end of the year.

The state's use-of-force policy now limits officers to using physical and deadly force as a last resort. New Jersey officials also are seeking to implement the licensing of all police officers.