Kimberly Killion, 34, is the daughter of Pennsauken Township's mayor 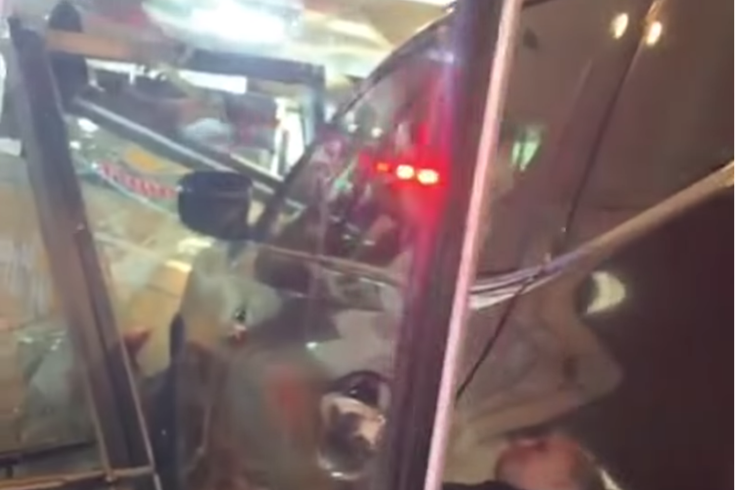 The aftermath of a car driving into Pennsauken pizza shop Flying Crust in early May.

Newly-released security footage from inside a Camden County pizza shop shows the moment a Pennsauken woman crashed her car through the storefront, colliding with the service counter and injuring three people.

The video of the May 3 incident at Flying Crust Pizza, which was shared on social media Thursday afternoon, can be seen below:

The footage shows the driver, Kimberly Killion, 34, emerging from the vehicle. According to the Camden County Prosecutor’s Office, her blood alcohol content was over the legal limit.

Killion is a fifth grade math teacher in Pennsauken, according to NJ.com, and the daughter of Pennsauken Township Mayor Jack Killion.

The three male victims seen in the store in the video — a 42-year-old from Woodlynne, a 25-year-old from Philadelphia, and a 37-year-old from Pennsauken — sustained minor injuries, and one was taken to a hospital for treatment, according to the prosecutor's office.

The day after the incident, Flying Crust posted these messages to their Instagram page, along with video and photos from the scene:

“This is the most traumatic thing I have watched humans go through! Not only did the driver almost kill us she was willing to leave the scene without even a drop of concern and with the Help of the Penssauken Police Department! What if this was your Family Business, Your Child first Job, Your Wife's favorite place to eat or just say Hello! This has broken my heart We are a Staff of Positive Energy we have enjoyed the People of the Community! But this is wrong they really let this Drunk Driver Leave us for dead! WOW”

“Can’t believe they did not give her a Breathalyzer Test! Then her husband gets out the car and steps over our Owner while laying on the floor! No one even asked if the 3 guys on the floor was ok! Then they walked away with no Police Report!!!! (Pennsauken Police department) you must do better! #Pennsauken #MayorsChildren why treat us like this!”

Killion did consent to a blood test at a nearby hospital.

An investigation into the incident is ongoing, the prosecutor’s office said.