For the gambling degenerates out there, here are our NFL divisional round playoff picks, Sunday edition, which of course features the Broncos against the Colts in the night game, with the Packers hosting the Cowboys (and Jupiter) in the afternoon game.

It's almost pointless to make a pick in this game because there's a whole heaping of uncertainty about Aaron Rodgers' calf. Rodgers is officially listed as probable, and he's going to play, but will he be playing on one leg? According to Adam Schefter and Chris Mortensen of ESPN, Rodgers' may be far from 100 percent:

If Rodgers is healthy, the Packers are clearly the better team, and Rodgers has been unconscious at home. So... Packers, I guess, because picking the Cowboys would just be evil?

Gee, I wonder if the national media covered the Peyton Manning vs his former team angle leading up to this game. The Broncos and Colts offenses are both high-powered machines, but it's the Denver defense that has performed way beyond expectations this season.

Take a look at the number of defensive categories the Broncos finished in the top 10: 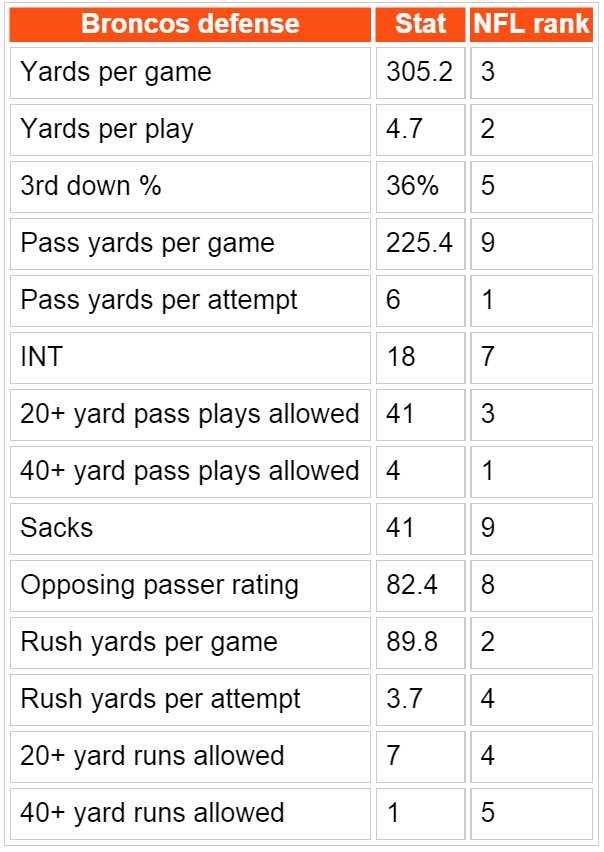 There's the difference in this one.