For NFL draftee from Philly, waiting was the hardest part

Will Parks was a standout football player at Germantown High, now he joins the Super Bowl Champion Denver Broncos 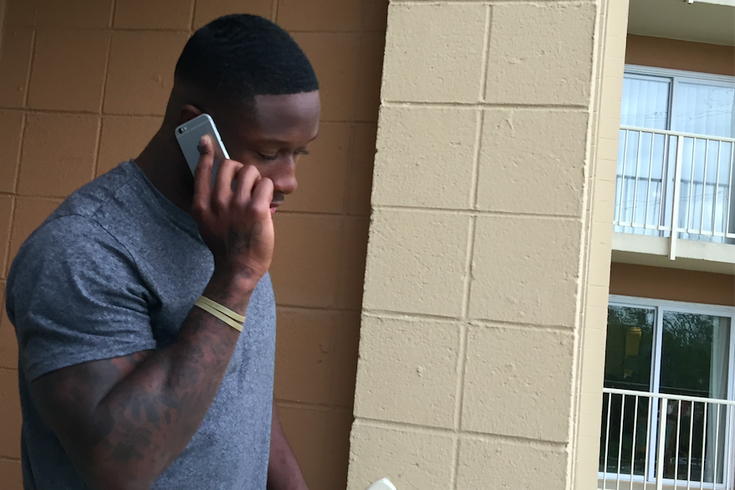 Will Parks, a safety who played football at Germantown High School and the University of Arizona, learned in April that he'd been drafted by the Denver Broncos courtesy of this telephone call from the team.

With the 219th pick in the NFL Draft, the defending Super Bowl Champion Denver Broncos selected Will Parks, a 6-foot-1, 194-pound safety from the University of Arizona.

That may not sound like much of a Philadelphia story, but the scene on the fourth floor of the Clarion Hotel near Philadelphia International Airport screamed otherwise.

You see, Parks graduated from the since-shuttered Germantown High School in 2012, leaving behind a legacy as a leader both on the field and within the school’s walls. His style of play for the Germantown Bears led his former coach, Michael Hawkins, to once tell me that he was a heavier hitter than then-Eagles cornerback Asante Samuel.

He lived up to that reputation, in no small part because of a highlight-reel hit he put on an Oregon State wide receiver last season. Watch:

The Broncos – who won the Super Bowl in February in no small part because of a hard-hitting defense – took notice, and had Parks in for a pre-draft interview.

But that didn’t do anything to make Saturday afternoon less stressful for Parks, his father William McLeod and dozens upon dozens of family, friends and fans who gathered in a well-catered conference room, and nearby hotel rooms, to celebrate the good news that was a long time coming.

For several hours, Parks sat in a hotel room watching other safeties and cornerbacks get selected on the draft’s third day.

Temple cornerback Tavon Young to the Baltimore Ravens in the fourth round.

West Virginia K.J. Dillon to the Texans in the fifth.

DeAndre Houston-Carson to the Bears and Anthony Brown from Purdue to the Cowboys in the sixth.

To be sure, a celebratory air turned to one of anxiety as the picks kept rolling in. But then, just before 5:30 p.m., all that tension melted away.

As the NFL Network announced Parks’ name on the TV, the Parks Crew in the conference room went bonkers.

My man Will Parks just got drafted by the Broncos!!!! https://t.co/IULBiDASRE

“It’s awesome,” said McLeod of seeing his son drafted into the National Football League. “It’s been a hard day. A stressful day.

Down the hall, Parks stood on the balcony outside of a crowded hotel room talking to the Broncos about when he’d head four miles up I-95 to catch a flight to meet his new teammates.

After hanging up, it was all about hugs, photos and getting a shower so he could head down the hall to celebrate a momentous accomplishment.

Denver Broncos!!!!! I really prayed for times like this!!! Thank you!!! I can't wait to get to work!! Literally!! #BroncoNation

“It’s crazy, crazy,” Parks said on that balcony when asked how it felt to get drafted. As for going to the reigning Super Bowl champions, he added, “That was the perfect team [from which to get a call]. I’m so excited.”

And then, it was off to celebrate a major achievement with those who'd spent hours on Saturday, and many years before that, hoping to see this day. 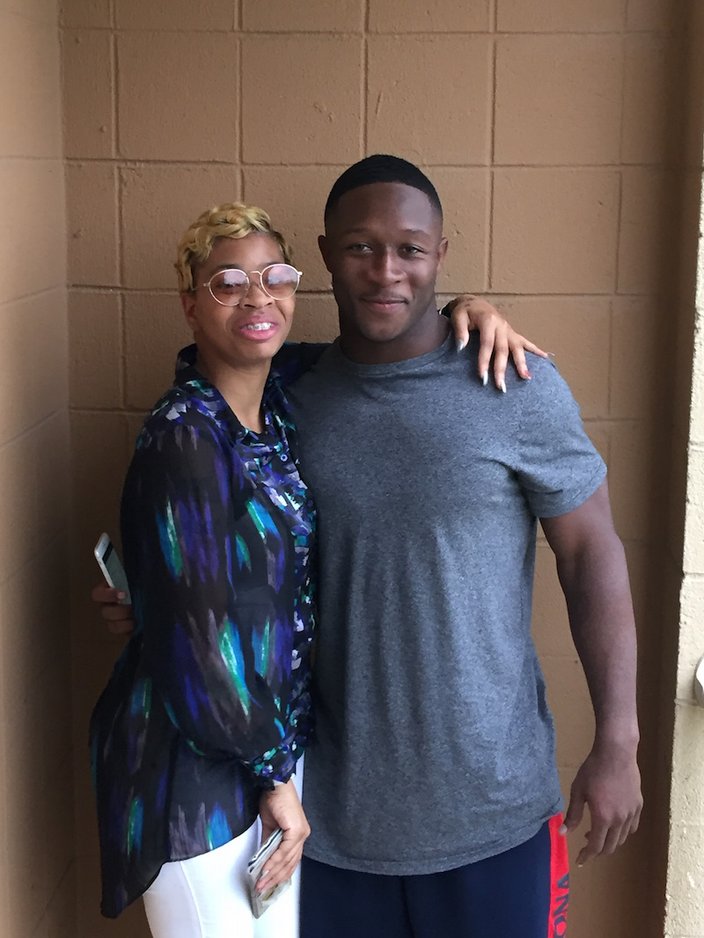 Will Parks gets a hug from Turquoise Hart shortly after hearing he'd been selected by the Denver Broncos in the sixth round of the NFL Draft on Saturday, April 30.